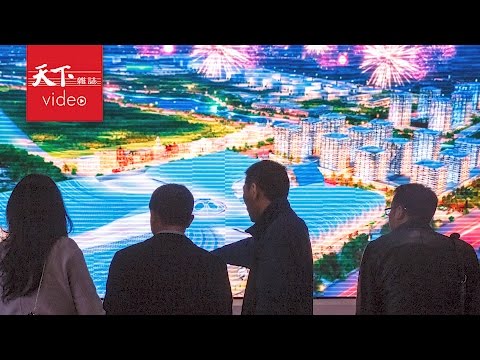 You have been watching Mandarin shows on your phone, sometimes looking at the subtitles, sometimes not. Yet somehow you still cannot understand what someone just said. Perhaps you have difficulties distinguishing various sounds, like me. Or perhaps the tones constantly give you a headache or they talk too fast for you to process. I will not pretend to be an expert on how to improve these, but one method works, although it may be discouraging: you need more practice and exposure.

However, you must practice the right way. When you learn a new vocabulary word, find out with which words it combines. If you read my previous blog posts, I stress the importance of context. Learn the words in the sentences that native speakers use. Over time, you won’t feel like your listening cannot catch up to your comprehension. You will have already started to guess the next word that comes, and that goes a long way in improving listening.

Of course, when it comes to Mandarin, 口音 (accents) and 方言 (dialects) can play a crucial role in obstructing your comprehension. To cover all of the accents and dialects would take days or even weeks, so I will only mention the most influential two categories: 台灣國語 or “Taiwanese Mandarin” and 大陸普通話 or “Mainland China Mandarin.” After you have learned these common differences, you may notice yourself listening specifically for them. As you expose yourself to 兩岸差異 (liang3 an4 cha1 yi4) or “cross-straits differences” between Taiwanese and Mainland China, your listen will improve.

First, we will look at some specific videos and point out where the difference occurs. More often than not, characters always have one tone in 國語 and another in 大陸普通話. For the most part, the videos on Woodpecker have Taiwanese speakers/actors. It is important for students who are accustomed to 大陸普通話 to understand differences in 台灣國語. Likewise, if your Mandarin journey has consisted mostly of 台灣國語, it is helpful to know how words are said in 大陸普通話.

Commonwealth magazine: Even knockoffs need to an upgrade

Even knockoffs need to an upgrade

In another informative video by 天下雜誌, we can learn about the trends in Chinese lifestyle and mindset. The first part of the video talks about building an island to make the “Oriental Movie Metropolis.” In the second part, we see a famous Chinese entrepreneur nicknamed 羅胖 (luo2 pang4) and how his knowledge-based app has changed the market. At the very end, we see how a man bought a plot of land and made an ecological amusement park. All of these examples help give us a picture of China’s market development and the wants/needs of the people.

Translation: Oriental Movie Metropolis is the size of Hollywood and Disneyland combined.

In Taiwan, the character 和 when used to mean “and” between two nouns can often be read as “han4.” However, whereas you may hear this in Taiwan, you may also hear “he2” as well. Thus, the main difference to remember is that in China, you will not hear it read at “han4” and in Taiwan, you might (but not always). Just stay alert to when a Taiwanese person says 和, as it might startle you to hear “han4.”

Commonwealth Magazine: The trend of industry 4.0 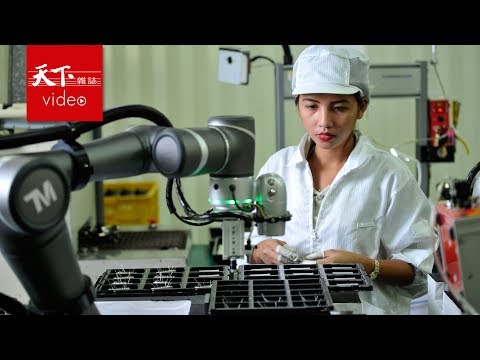 The trend of industry 4.0

Industry 4.0 refers to a recent trend in automation and data exchange. In the video, they mostly refer to automation and the impact on businesses which manufacture large amounts of technology.

Translation: …including the value of humans.

Learn this one! As often as someone says “including” in any language, it would feel frustrating to not understand it in Mandarin. Taiwanese people say “bao1 gua1” almost exclusively (unless you attend a Mandarin center). In Mainland China, no one would ever say “bao1 gua1” and only say “bao1 kuo4.”

總括 – to sum up (various ideas or opinions)

Translation: Knowledge of the industry

The character 識 by itself is always pronounced as “shi4” in Taiwan and “shi2” in Mainland China. However, in the word 知識, Mainland China makes it a silent tone (輕聲). If you have lived in Taiwan for any length of time, you will notice Taiwanese people almost never have a silent tone. They will most likely read the tone as it should be, or in this case, the way they have always read it.

識別 -“to distinguish or recognize differences”)

識字 – to recognize characters; to be literate

Translation: The fundamental change brought about by Industry 4.0 has provided opportunities, and also threats.

Despite 質變 being an uncommon word, 質 is used in seemingless endless circumstances and collocation. It is always read as second tone in Taiwan and always fourth tone in China. For example, 質量 (meaning “quality”) would be read as “zhi2 liang4” in Taiwan and “zhi4 liang4” in China. (However, one should note Taiwanese almost always say 素質 (su4 zhi2) instead of 質量).

本質 – essence of something; its most basic quality

實質 – substance; the real or actual content or essence

Kangsi Coming: Revealing the blood, sweat, and tears of the workers behind the scenes 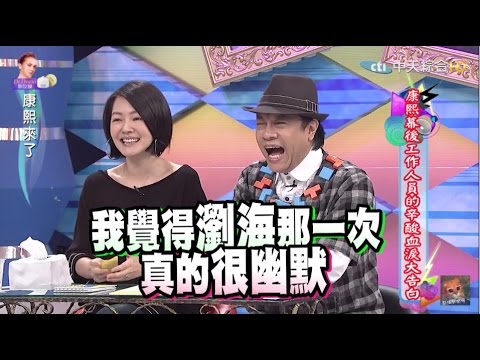 Revealing the blood, sweat, and tears of the workers behind the scenes

Another great example of the great quality 康熙來了 can bring to the screen, this episode takes a look at what it takes to make an episode of the show. Not only this, but we can get a look at the private lives of all of those involved in doing so. The interaction between the workers and the hosts often reveals a surprisingly close relationship between them all.

Translation: Starting from recently, I am the one who has to handle with it.

期 is used in so many contexts, you almost have no choice but to study this one. Always second tone in Taiwan and first in China, I have already completely converted to Taiwan’s pronunciation. Admittedly, it felt a little awkward saying it second tone, but I got used to it after awhile.

期望 – to hope (earnestly); to expect

MaoMaoTV: This was the most useful thing I have bought from Muji?! 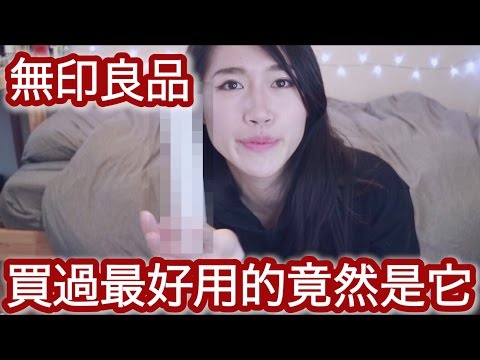 This was the most useful thing I have bought from Muji?!

In this episode of MaoMaoTV, Mao talks about some useful items she purchased from the Japanese store called Muji. Known for high quality items and no label (MUJI means “no brand, quality items”), MUJI has stores all across Asia in countries like China, Taiwan, and South Korea.

Translation: It is a cream.

In my first Chinese class in Taiwan, we came across the words 液體 (liquid) and 血液 (blood). I remember my teacher saying them and feeling completely confused (and a little bit stupid). I could not understand her! Well, it turns out 液 has a radically (to me at least) different pronunciation in Taiwan as “yi4” and not “ye4” like in China. Interestingly enough, unlike some of the previous differences mentioned, this one seems to be ingrained in their colloquial language, yet not the official way to say the character.

News Lens: Being anxious doesn’t mean you are having a crisis 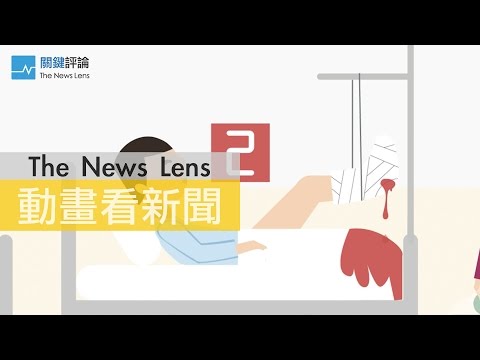 Being anxious doesn’t mean you are having a crisis

A video by “The News Lens,” it features information regarding how Taiwanese hospitals determine who they see. Most likely in response to complaints by patients for long waits, the video provides a clear and logical answer to the issue.

Translation: If you are only rushed for time, and it’s a critical situation, then you can only wait.

危急 usually refers to “critical” for a situation since 危 means “dangerous” and 急 means “urgent.” Thus, we see it here combined with 情況.

In It for the Long Haul

Everything that encompasses “Chinese language” can seem daunting at first. There are dialects, accents, regional differences in diction, and clearly demarcated lines between formal and informal Chinese. To most, all of these various aspects of learning “Chinese” make it a difficult language(s) to learn and an even harder one to sustain. However, you must keep in mind that studying Chinese, as any language, takes time. Many online advertisements may lead you to believe otherwise (“Learn a Second Language in 30 days!”), but setting realistic goals is vital.

Try not to set goal like “I want to be fluent in 2 years.” Instead, set something that could be easily tested or achieved. For example, I want to learn 3000 new words (and their usage!) this year. Or I want to pass the HSK 5 by the end of October. I like to try and force myself to stick to a schedule so that I can see if I am falling off my goals. Of course, you can never predict where Chinese will suddenly be more difficult, so be flexible in your schedule. Learning Chinese is a lifelong venture and you should enjoy the process of obtaining new sentence patterns or some snazzy Classical Chinese words.

If you want, you can take some of the differences you learned today in Taiwanese and Mainland Mandarin and bring them up to a friend. More often than not, my Taiwanese friends find it fascinating the different Mainland pronunciations. It gets me speaking, learning, and making friends, so give it a try! As always, feel free to contact me for any more information.