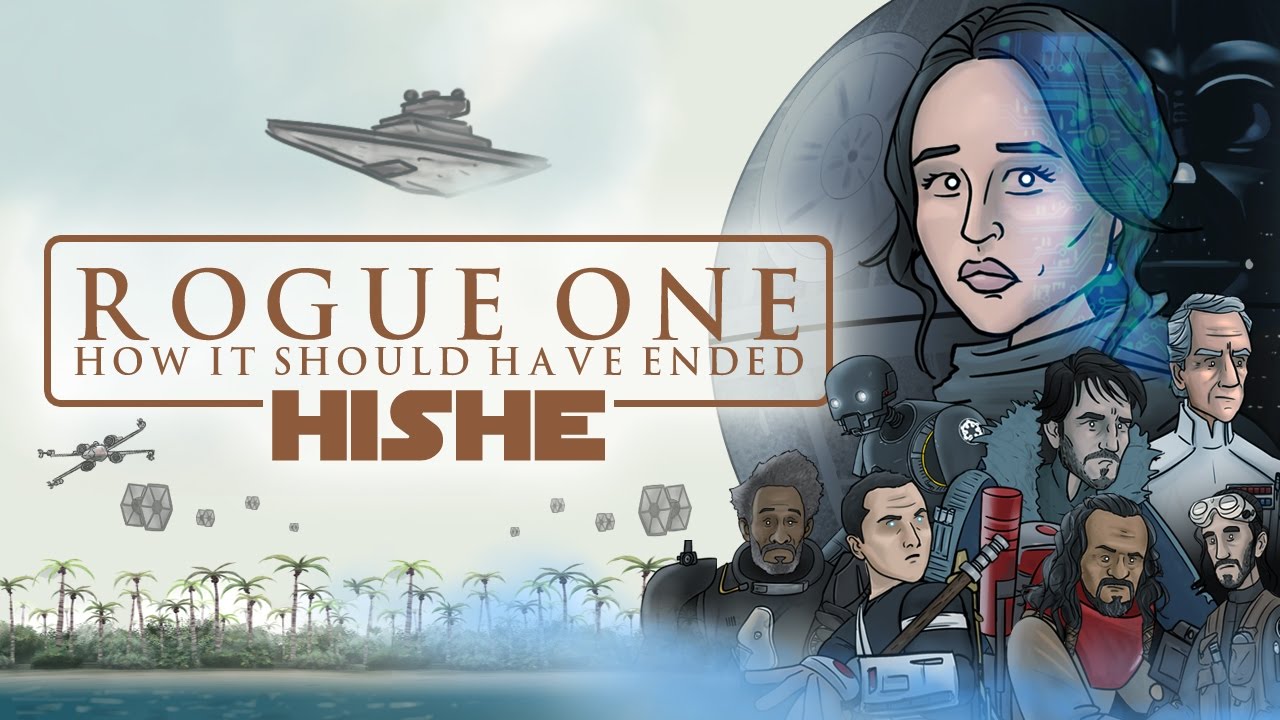 Star Wars is easily one of the most popular films series of all time. If you’re a fan of all things ewok or simply cannot get enough of the galaxy far, far away, you likely saw Rogue One. Some moviegoers absolutely loved the new release, whereas others felt a bit unimpressed.

Regardless of which side of the coin you fall on, you won’t want to miss this reimagining of the Rogue One story. Put together by the talented team at How it Should Have Ended, this clever animated short offers an alternative ending to the first film in the Star Wars anthology series.

Take a look at the reimagined ending for Rogue One.

Most Star Wars films chronicle the stories of well-known characters. The anthology series takes a different approach, with standalone stories that still fit into the Star Wars universe.

The film opens with a deadly confrontation between research scientist Galen Erso and Imperial weapons developers. The Imperialists want Galen to complete the Death Star, a superweapon. Galen’s wife dies in the confrontation and his daughter, Jyn, manages to escape. The story then jumps 15 years into the future.

Jyn plays a key role in the film’s development. In the future, rebel leaders ask her to find and rescue her father. Cassian Andor, an intelligence officer for the Rebel Alliance, accompanies her in this quest. Jyn doesn’t know, however, that he has been asked to kill her father when they find them.

Naturally, this latest film in the franchise features extensive fight scenes and plenty of twists and turns. The movie culminates in an intense battle, after Jyn embarks on a mission to recover schematics for the the Death Star. Jyn loses many comrades in this final firefight, but she manages to recover the plans for the Death Store. Finally, the stolen Imperial ship, “Rogue One” prepares to jump to hyperspace.

Unfortunately, Darth Vader intercepts the ship before it departs, but Princess Leia manages to take off in a small starship with the plans.

Now, watch the reimagination of this epic film. Which ending do you prefer?

Not a fan of Star Wars? Check out other movie trailers you might enjoy instead.