Hi, everyone! Sorry for the long gap between posts! We have made quite a bit of progress on our Woodpecker App. It now runs much more smoothly than before. In addition to having the option to view the lines of subtitles before and after the current one playing, you can now see many more dictionaries. Wiktionary, one of the most useful new dictionaries, can provide a more detailed explanation of words and expressions.

Now, onto the videos. I have selected a variety of videos from various Youtube channels on the Woodpecker App. We will be looking at and decoding sentences from each video. For those of who wishing to supplement your Chinese studies with real and natural content, make sure you check these out.

For those of you who do not know, Taiwan recently held the Summer Universiade. Similar in format to the Olympics, the Universiade sets out to create a competition for the world’s best college athletes. 鄭兆村 (Zheng4 Zhao4Cun1), a world-class javelin thrower, not only had the honor of competing for his home country at the Universiade, he also broke the Asian record and won the gold medal. One of Taiwan’s big stars of the Universiade, 鄭兆村 partners with 天下雜誌 to give a speech to his old self. Check it out below:

Translation: The doctor gave a straightforward diagnosis, saying you could only return to track and field after a year.

We will begin by dividing the sentence into three parts. First, what the doctor does and how he does it: “The doctor gave a straightforward diagnosis” (醫生直接診斷說). Second, the subject of the second half of the sentence, 一年後的你. Literally, it means “the you one year from now.” Lastly, the predicate (verb phrase), 才有辦法回到田徑場上, meaning “only then can you return to track and field.”

Mostly straightforward, the sentence has a key feature: the way it describes the subject. By saying “the you one year from now,” the Chinese not only mentions who, but also the time (one year)  in the subject. It would be strange to say “only the you one year from now can go back to the track,” but in Chinese, this kind of sentence occurs often. In English, we usually only use verbs and adjectives to describe a subject, like in “the weird guy running.” Chinese has less stringent grammar rules and lots of descriptive information can be added before a subject, even time. Another example of time descriptions: 一年後的今天. Literally meaning “the today one year later,” we would more likely say “Today, one year later.” The key is in listening for the 的. Anything before the 的 describes whatever comes after, so beware!

For those of you living in Taiwan, I suggest taking a look at the show GoGo Taiwan. In it, you can find an array of videos related to traveling throughout Taiwan. Today, we will look at the part of the program dedicated to exploring the food scene around various metro stations. Specifically, the hosts of the video will take us on a tour of the 25th busiest metro stations in the world: Taipei Main Station (台北車站).

Translation: Taiwan’s cram school culture started in the 1960s. What was the main reason?

For you intermediate and advanced learners out there looking to improve your reading, this sentence has plenty of Classical Chinese elements you should learn. First, we see the use of於, which has a different placement than the more commonly spoken 在. In our sentence we have 始於1960, where 始 means “to begin” and 於 means “at” (a time or place). Whereas most Chinese learners start by learning the format of “在 + place/time + verb,” (so our sentence would be 在1960年代開始), more formal structures are actually remarkably similar to English (so it’s easier to remember!).

The next part is the 請問主因為何. If you put this in 白話文 (vernacular Chinese), the sentence would read 請問主要的原因是甚麼? Thus, in Classical Chinese, 為何 at the end of a sentence means 是甚麼. The 為 matches with 是 and must be read in second tone. The 何 simply means 甚麼. When all’s said and done, Classical Chinese has a significant presence in Modern Chinese, so do not assume you will not see it later.

Another from GoGo Taiwan, this video focuses on the hikes and trips one can take around Taipei. Full of useful travel and outdoor vocabulary, the dialogue between the different hosts and the local people can help learners become more accustomed to daily speech in Taiwan. Click on the picture or link below to watch: 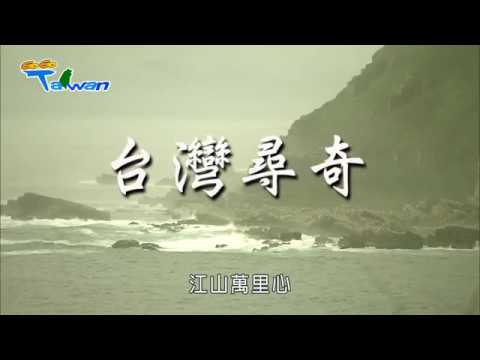 Translation: When we start talking about ferns, Chen has plenty of knowledge on the topic and could talk forever about it.

I intentionally translated the above a little awkwardly to showcase the style of Chinese sentence structures. First, 說起 usually translates to “mention” or “bring up a topic.” However, I wrote “start talking” to stress that “verb + 起” often (not always!) means to start doing some verb.

Next, due to the lack of conjunctions and pronouns in Chinese, it makes the language largely contextual. In the above sentence, 陳大哥肚子裡頭的學問 technically means “the knowledge Chen has” (肚子 symbolizes the “has”). However, if you think of it as thus, it will make no sense with 可是說都說不完, meaning “can talk forever about it” (NOTE: 可是 does not mean “but;” it emphasizes what comes after). If we add the right conjunctions and adjectives, we would get 陳大哥肚子裡頭有很多對蕨類的學問，因此他可是說都說不完 meaning “Chen has a lot of knowledge about ferns, and thus he could talk about them forever.”

How can a sentence miss so many conjunctions and still make sense to native speakers?! My graduate school teacher recently made the metaphor: “Chinese is a pile of leaves messy and scattered. English is a tree with branches and leaves, structured and tiered.”

Tom Fu, the maker of this channel, posts various videos on traveling, cooking, and even car repair. In this particular video, he shows us a simple way to make a fish miso soup in 15 minutes. 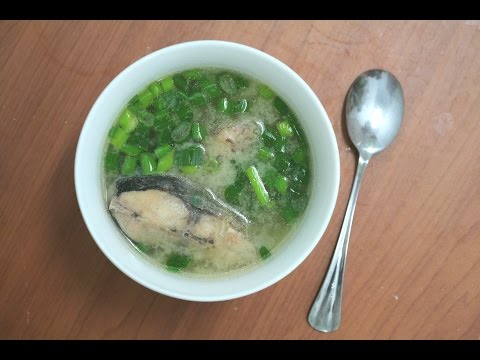 Sentenc: 綠色部分要起鍋 (qi3 guo1 = take out the contents of the pot)的時候再加，不然現在加進去會黃掉了。

Translation: Don’t add the onions until it’s time to take out the contents of the pot. Otherwise, if you put it in now, it will turn yellow (and go bad).

This sentence contains several useful grammar points. First, let’s start by breaking up the first sentence as so: 綠色部分 + 要 + 起鍋的時候 + 再 + 加. The subject is 綠色部分 or “the green part” (of the green onions). Next, the speaker uses 要 to say what he “wants” us to do. Next, he tells us something with the structure of “a time + 再 + verb.” This 再 structure means “only when (and not any earlier) + a time + do something.” So, we should not 加 the onions until 起鍋的時候. Altogether we get, “You want to add the green part only when it’s time to take out the contents of the pot.”

The second part of the sentence will come in handy for many reasons. First, 不然 translates nicely as “otherwise.” Most importantly, though, is the second half, 現在加進去都黃掉了, in which we see an omission of all conjunctions and a missing pronoun. Chinese does this more than most learners are aware. In an English speakers mind, the sentence would have to read 如果現在加進去，它就會黃掉了. In English, we need the conjunctions “if” and “then” for sentences to make sense. Chinese often completely omits these elements. A common example is: 你去我不去, which means “If you go, then I won’t go.”

In this interview in 政問 (“Talk to Taiwan”), we can take a look at the biggest problems Taiwan faces today. The issues in this video revolves around the economy and industry innovations. Check out the interview of the Taiwanese entrepreneur, 童子賢: 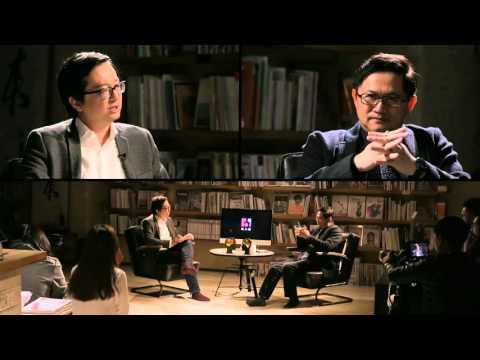 As a slight deviation from the normal format of this blog, the following sentence comes from outside the videos in the app. However, since it is from the same interview of 童子賢, and I liked the grammar point, we will be talking about it below.

Translation: Only through bringing about real contributions to consumers can you (then) ensure steady profits (for yourself).

The above sentence may seem complicated at first, but after we realize the grammar structure “唯有…才…,” it will become much easier. Equivalent to 只有 in many contexts, 唯有 has some Classical Chinese roots and means “only.”  才 often translates as “only then.” Of course, that sounds repetitive,so we should realize 唯有 and 才 together are used in statements with conditions.

Thus, in our context, our condition is 對消費者真正產生貢獻 or “bring real contributions to consumers.” If we meet this condition, then 你的獲利…能夠非常的穩健 or “your profits can become stable.” Notice the missing 才. When placed in these sentences, it comes after the subject of the second sentence. If the second part of the sentence does not have a change in subject, 才 will start the sentence. For example, 你唯有用严厉手段，才能把他们制服 (“Only by taking severe measures can you bring them under control”) where the subject 你 does not change in the second sentence.

As learners of Chinese (or any foreign language), we need to try and cultivate the ability to decode longer sentences. Of course, in real situations, the hardest part of listening is not being able to go back and relisten as you might in our app. However, that does not mean you should not prepare yourself. By analyzing what you hear, and even writing it down, you can take charge of your comprehension. Listening is an active skill, and when done right, can provide a big boost to your learning. When watching videos in our app, try pausing and thinking about what you just heard and try to skip less over the difficult parts. And as always, if it gets too hard, feel free to send me an email and I will do my best to help.