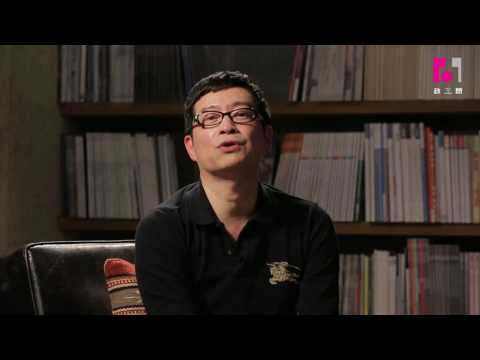 In general, there are two kinds of language learners. Those that have a specific goal in mind and thus study the vocabulary and grammar relevant to that goal. And there are those who study a language entirely out of an interest for the language itself. The first tends to be categorized as having an external motivation and the second an internal motivation.

Whereas the two different language learners 各有千秋 or “each have their own merit,” I have always tended to lean more towards the second kind. For me, it meant that even though many people questioned the future in studying Mandarin with no set goal, I still continue studying after six years. Another trait of the internally-driven kind of learner is the need for knowledge in a much broader sense. Thus, whereas I have always shied away from politics, my desire to learn all aspects of Mandarin has broadened my interests.

Coincidentally (or perhaps not at all), the topic for this weeks blog revolves around a political Taiwanese show called 政問 or “Talk to Taiwan.” The show picks a topic, finds an opinion leader, asks him or her some core questions, and tries to find an answer to a societal problem. In a statement about one of their goals, the people at 政問 hope to provide positive, problem-solving dialogue to contrast politics-oriented talk shows where guests often hurl invectives and sharp criticisms at one another instead of offering any solutions of substance. Each episode lasts about 45 minutes and the topics can vary from the health insurance system to the future of technology.

In today’s blog, we will look at the behind-the-scenes “interviews” with the guests. In each interview, the guest will give a succinct summary of their views on a specific issue. They often offer a solution in hopes of calling upon the government to take those solutions into consideration. Throughout the short three to four-minute speeches, you may find yourself coming across more formal speech and a higher density of Classical Chinese. However, even if you despise Classical Chinese, the many collocations (i.e., pairs or matches of words) in the speech will prove useful.

The first short interview we will delve into today includes plenty of noteworthy collocations and phrases you should learn. 薛聖棻 (xue1 sheng4 fen1), a famous Taiwanese variety show producer, acts as head of 友松娛樂 or Jason’s Entertainment Company. Having produced many popular shows, 薛聖棻 gives the viewers some insight into the future of Taiwan’s media industry.

Translation: There is a phrase that reads: “Content is king.”

While not a particularly difficult vocabulary, I point it out because of the word 為. When pronounced second tone “wei2,” it acts as a verb. In this case, it means “to be,” and can often translates as “to become” like in 成為.

Translation: I think that, as content creators, we still have lots of opportunities.

Like the last vocabulary point, there may be many students who have already heard this one. However, I mention it so as to point out the Classical Chinese elements. 言 as a verb means “to speak” and means the same as the Modern Chinese “說.” Thus, 對我而言 has the same meaning as 對我來說. To make it even more formal, we can say 就我而言, where 就 takes the same function as 對.

Translation: So, I would like to implore everyone to never put out the fire of your passion.

I’ll admit, I added a little bit extra in the translation so as to explain this vocabulary word. In Chinese, they think of 熱情 as a kind of fire, hence the 熱. 澆熄 acts as a “verb + resultative complement” word. Basically, the first character is a verb and the second is the result of that verb. 澆 means “to pour a liquid on” and 熄 means “to be put out (as in a fire).” Thus, 澆熄 means “to pour a liquid on something and result in it being put out.”

Translation: Bring out your creativity (and display it for others to see).

發揮 has a lot of meanings, but the sentence above contains one of the most common of those. The idea behind 發揮 is “to show/exhibit one’s (inner) ability/strength.” In the case of the example sentence, the speaker wants us “to show (the world) our creativity.” 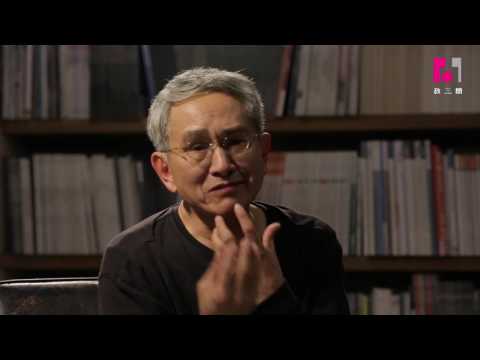 In this episode, 政問 invites the famous choreographer and dancer, 林懷民. As the creator of the critically-acclaimed dance group 雲門舞集 (“Cloud Gate”), 林懷民 expresses an unparalleled passion for his profession. As an opinion leader in art and culture, he has also committed himself to improving the Taiwanese countryside.

Translation: The happiness that comes with that connection (with the audience) is not easily replaced by any other thing.

取代 comes up surprisingly often in daily speech. By itself, it means “to replace,” yet most Chinese speakers use it in passive tense. For example, 被取代, which means “to be replaced.” Another common four-character word involving the same characters is 取而代之, which means “to replace it/them” because the 之 here means “it/them.” This tends to be used in active voice, so you can say 磁碟 (ci2 die2 = floppy disk) 現在很少見，因為隨身碟 (sui2 shen1 die2 = thumb drive) 早已取而代之 which means “Floppy disks are rarely seen today because thumb drives replaced them early on.” In this sentence, 之 means “them” (it can be singular or plural), so as to what “them” specifically refers to, it must be mentioned earlier on like I did when saying “floppy disks.”

Translation: Even if in a short amount of time you have (managed to) become established (in some profession), how can you hold on for twenty to thirty years?

撐 means “to prop something up from behind with both hands (to keep it from falling).” A bit of a mouthful, but the deeper meaning of the word in this context is “to endure or hang on.” Essentially, you try to keep yourself from falling. Thus, if you have a bad job, but you can retire in 2 years, you can say to yourself 再撐兩年就夠了 or “Just hang in there another 2 years and that will be enough.” 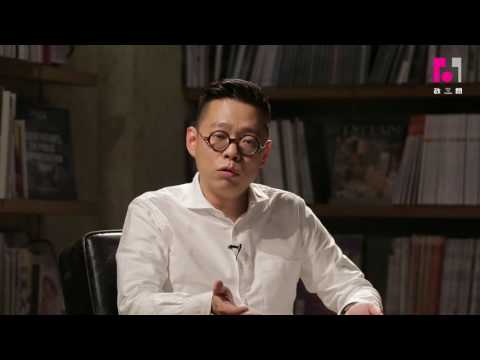 Some believe Taiwan lacks a sense of beauty as seen in its sloppy roads, subway advertisement, buildings, and road signs. In dealing with these issues, Feng Yu heads a company in the design industry called IF OFFICE. Throughout the short video, he summarizes his hopes for the future of the design industry.

Translation: I think the government should take the lead in establishing some standards.

帶 means “to lead” and 頭 means “at the head/front,” thus meaning “take the lead.” I first learned this word in a translation class when we came across the word “spearhead.” The most common word for “to spearhead” or “to take the lead,” 帶頭 has its uses in describing what person of higher status should do to help those lagging behind.

Translation: This help make it so that more and better designs are enjoyed by the masses.

The second tone 為 has shown up several times in this blog. In our context here, it has the function of turning the sentence into passive voice. However, unlike 被, it does not have any negative meaning. However, despite this, Chinese learners often overuse 被 not knowing it has this connotation. In our sentence, we cannot say 被…享受 because 享受 is a positive word and the result is positive. But you can say 被他偷走了 which means “it was stolen by him” because “stolen” is a negative result. Keep that in mind when thinking about passive tense. I plan to write a post all about it later to help clear up all the misconceptions. 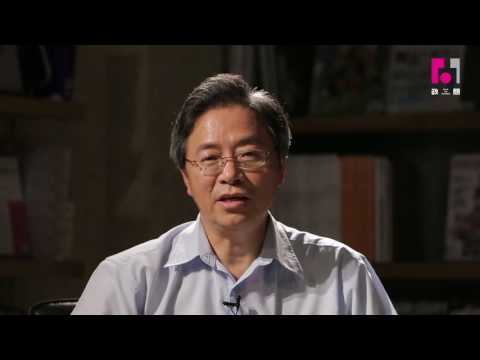 Zhang Shan-zheng acted as the president of the executive branch of Taiwan’s government at the time of the interview. He talks about the relationship between technology and the government.

Translation: We have to (open up and) broaden our minds as we look at the past few years of this administration.

開 means “to open” and 闊 means “wide or broad.” Thus, it means “to open (something) up wide” and usually matches with 心胸 (“mind”), 思想 (“thinking”) and 視野 (“horizons”). In our context, it acts as a verb and generally translates well as “to broaden.” However, you can also use it as an adjective and mean “broad or open.” So, if you say 開闊思想, that means “to broaden your thinking,” but 思想開闊 means “broad-minded.”

Translation: We have to first do the projects that can heal the scars of the blue and green political parties.

Another “verb + result” word, 撫 means “to stroke/comfort” and 平 means “flat/level or peaceful.” If we take it one step further, 撫平 literally means “to stroke something and make it level and even.” However, when used figuratively, it means “to level out/heal (an emotional wound or scar).” 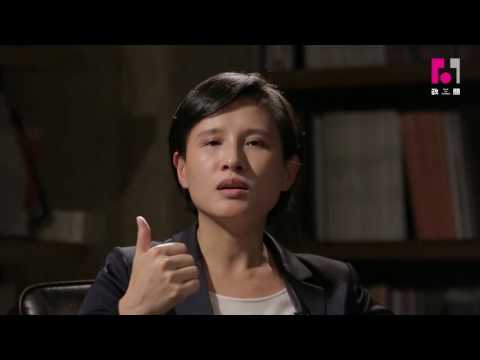 Minister of the Taiwan’s Ministry of Culture, Zheng Li-Jun talks about what Taiwanese people can do to spread Taiwanese culture to the rest of the world.

Translation: I hope we can let loose the cultural creativity that has been developing/accumulating (slowly) now for some time.

While it has the meaning of “ferment” when talking about alcohol, the word tends to figuratively mean “to be brewing or developing slowly over time.” For example, when saying “there is a war brewing” you can say 現在正醞釀著一場 (chang3 = a measure word for war) 戰爭. In our context, 鄭麗君 believes a kind of cultural creativity “has been brewing/developing” in Taiwan and now it should be allowed to burst out.

Translation: I think that this public responsibility should be undertaken by the government.

Among all the videos posted on this blog, it can be easy to fall into watching the easy and fun vlogs or variety shows. However, I find it helpful to try and watch a variety of different shows that vary in nature and difficulty so as to broaden the scope of my vocabulary. I have always advocated for the 通才 or  “jack of all trades” instead of the 專才 or “a specialist,” since the pursuit of foreign language study has a direct connection to the opening up of new worlds. Have fun and 開闊你的視野！