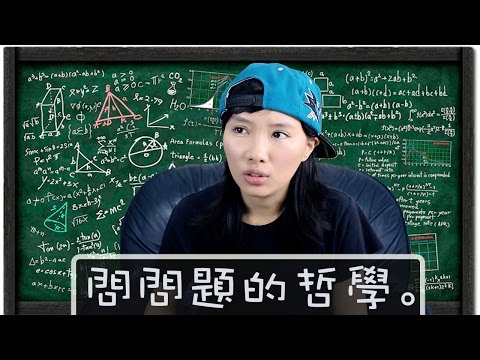 You have started to get more into Chinese and, all of a sudden, you discover the infamous and often daunting 成語 or idiom. With histories that can date back over two thousands years, do not underestimate the frequency in which Chinese people use them. Whereas most 成語 contain four characters, they can have up to eight characters. By definition, an idiom in English is a group of words with a meaning you cannot deduce from the individual words in it. For the most part, that meaning holds true with Chinese, but not always. Sometimes you can logically guess the meaning of an idiom based off the characters and context.

Why Should You Learn 成語?

Since they are directly related to 書面語 or “words used in books”, some people use them to sound more educated. However, many use them because they better and more succinctly represent the meaning they are trying to convey. Not only will they help you understand a more complex sentence, but using them will impress others.

Due to the fact they often carry more formal meanings, foreigners learning Mandarin often neglect them. However, as stated above, they can help you take your Mandarin to a new level. Of course, try not to overuse them in sentences that simply do not need to sound formal. When talking to kids, it might only draw a blank stare. Thus, you should use your best judgement in choosing the correct audience. Sometimes it takes asking a Chinese person to find out the “feel” for the word. For example, you could use an idiom in a serious situation and find out later it is almost never used in that manner. Play around with it and make mistakes. It’s how we all learn.

Anyway, in this blog, I have chosen the most common or useful idioms from each video. Watch the video first and read the explanation of the idioms or vice-versa. Whichever works for you. 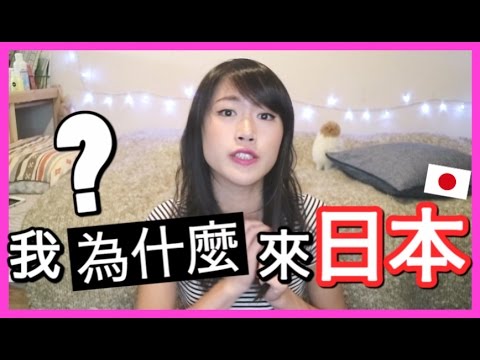 Why Did I Come to Japan?

Translation: I did not come to Japan to bring honor to my ancestors.

In this video Mao talks about the reasons she decided to come to Japan. The idiom itself has a relatively basic and common format. The first and third character pair together and the second and fourth go together (remember this for later). Thus, 光耀 means “bright” and 宗 and 祖 both mean “ancestors.” Since Chinese words (especially in classical Chinese) can have a meaning of “to make something…”, the word 光耀 in this context means “to make something bright.” Altogether, then, it means to “make bright the reputation of one’s ancestors” or simply “to bring honor to my ancestors”. Mao stresses she did not think she was bringing honor to her family, but rather making a choice due to poor grades in high school. 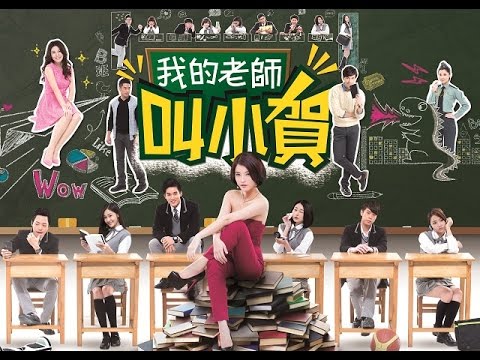 My Teacher’s Name is Xiaohe – Episode 1

Translation: Anytime I see something unjust (on the way), I, Brother Wei will step forward and do something.

From a show called 我的老師叫小賀 (he4), the protagonist says this when he sees trouble on the road. He gets off his bike to help a person pick up cabbages that fell out of a truck. Slightly exaggerated here, the idiom at least describes Brother Wei doing something about what most people ignore. If you break down the idiom, 挺 means “to stand up straight”, 身 means “body” and 出 means “to come out”. The 而 here comes from classical Chinese. In this particular idiom it means “and then”. A direct translation would be “to stand up and then come out”. Thus, in most translations, dictionaries will have “to step forward bravely” as a definition since it means to come out and do something to fight for a cause.

Translation: Do you have any valuable advice that can help the school maintain its great success and also take it to a new level?

In the same episode of 我的老師叫小賀, the principal holds a meeting and asks the teachers for their advice. A five-character idiom coming from a Tang dynasty poem written by 王之渙 (huan4), this idiom comes up often in meetings to encourage others to excel. 更上 means “to go up more” and 一層樓 means “one story (of a building).” Literally it means “to go up one more floor.” In the poem, it refers to going up higher in a pagoda to see farther. In modern Chinese, use it anytime you want to say “take it to a new/higher level”. 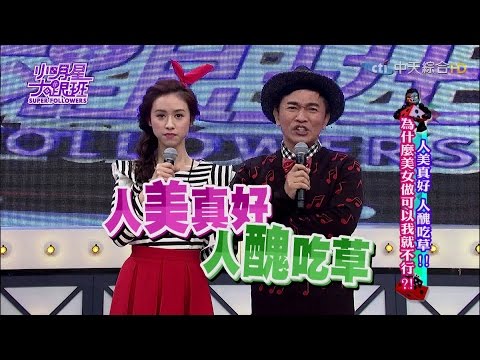 Why Can’t I Do What Beautiful Women Do?

SIDE NOTE: We use five characters instead of four for this idiom because many Tang poems had four five-character lines. Those poems were called 五言律詩 or 五律 for short. If poetry interests you, they are a good way to start learning Chinese poetry.

Translation: I think the two of them each have their own merits.

You can use this idiom whenever you do not feel like saying one is better than the other. Which for me happens quite a bit. The idiom has a more complex origin as it takes some imagination to arrive at the modern meaning. 各有 means “each has” and 千秋 mean “a thousand autumns” which symbolizes “a thousand years.” Thus, 各有千秋 literally translates as “each has a thousand years”. However 千秋 further extends in meaning to translate as “existing far into the past”, thus it has “value” if it has lasted so long. As a result, 各有千秋 together also literally means “each has its own values (that can last a thousand years)”. Today, it has become “each has their own value/merits.” 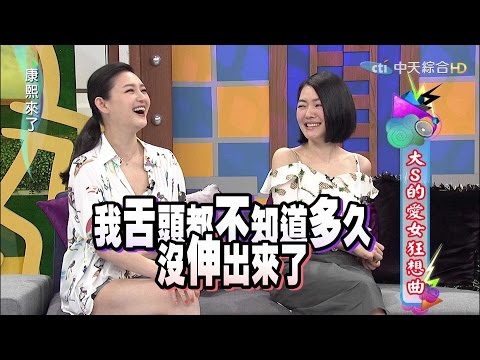 小S and Her Older Sister

Little S: I find it amazing that they can tolerate each other.

Xu Xi-Yuan – You really relish in other people’s pain.

Perhaps it’s only me, but I have found myself using this idiom a lot. Although, if I am honest, it’s mostly in describing myself. Anyway, this character resembles 光宗耀祖 in structure. The first and third characters, 幸 and 樂, have similar meanings of “happiness”. The second and fourth, 災禍, actually mean “disaster” when read together. Therefore, making the jump to “taking happiness in other’s pain” is not too difficult. In the video, 小S talks about the relationship between her sister, 徐熙娣, and her sister’s husband. 小S brings up the two of them “tolerating each other” because her sister kicked her husband out of the delivery room. 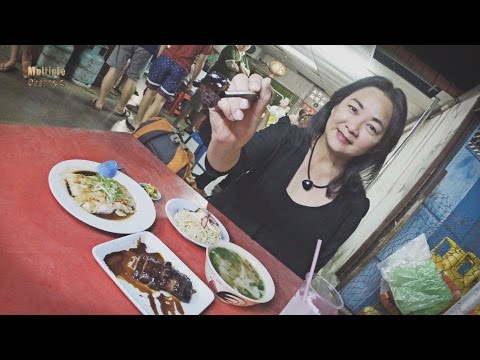 Char Siu that Melt in Your Mouth

Translation: This char siu (barbacued pork) melts in your mouth.

When we break it down, 入 means “enter”, 口 means “mouth”, 即 means “immediately” and 化 means “melt”. Literally, we have it meaning “enter mouth and immediately melt.” The host of the episode, 林奕廷 (lin2 yi4 ting2), uses the 成語 for the 叉燒 or “barbecued pork” at a place called 尹(yin3)麵之家. She describes the pork they make as “melting in one’s mouth”.

Translation: I personally think each person differs in how much tolerance they have for (certain) questions.

見 means “to look at”, 仁 means “benevolence” and 智 means “knowledge”. As it comes from 易經 or the “Book of Changes” from 1000 years BCE (which is debated), the sentence cannot be directly translated. Originally, the sentence was “仁者見之所謂之仁，智者見之謂之智”. I could spend time decoding the classical Chinese, but simply put, it translates as “Look at what benevolent people call benevolence. Look at what wise people call wisdom.” Over thousands of years, it has taken the meaning of “having differing views due to different standpoints”. In the vlog post by Lexie Tai, Lexie discusses how people react to questions. In her opinion, we are all different, so the reaction will be different. 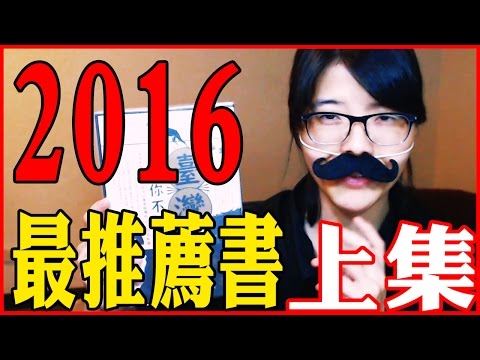 Translation: If one wants to improve the overall welfare of a society, one should put oneself in other’s shoes.

設 means “to imagine”, 身 means “body”, 處 (when third tone) means “to be located”, and 地 means “place”. When combined together, it literally translates as “imagine (your) body is located where another person is.” If we connect the dots, it means “to empathize” or “put oneself in another’s shoes”. Calling herself 囧(jiong3)星人, the vlogger recommends a book with a theme about learning to consider how another thinks and feels.

Bonus: 囧星人 uses even more idioms that have the same meaning. For example, she says 感同身受, 人溺(ni4)己溺, and 人飢(ji1)己飢. The first means “to feel the same pain as somebody else”. The second means “to feel as if drowning when another person drowns” and the third is close in meaning with “to feel hungry when another is hungry.” In the last two idioms, 人 broadly refers to “others” and 己 “oneself”.

Take Your Chinese to a Whole New Level!

After looking at these examples, you may have noticed how frequently Chinese idioms are used. All of the people in these videos use idioms in their common speech. After understanding the true meaning and origins of idioms, your ability to comprehend new idioms will improve immensely. And when you start using them in daily speech, you can 讓你的中文水平更上一層樓!