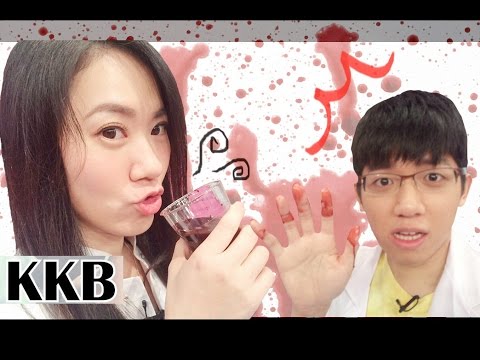 When it comes to learning Mandarin, not all shows and movies give the same language benefits. For example, in a two-hour-long movie called 愛情萬歲 or “Vive l’Amour,” the characters hardly had any dialogue. In some aspects, movies like this might have artistic value or benefit beginners who do not want to strain their listening skills too much in the beginning. However, when it comes to listening (and reading) practice, you should consider both quality and quantity.

Which brings us to our topic of the day: Taiwanese talk shows. How can these shows benefit you as a Mandarin learner? First, given that the shows rely on dialogue, they can really provide a plethora of new vocabulary and colloquial sayings. More often than not, you will learn ways to say things you have always wondered how to say.

Second, the hosts and guests on Taiwanese talk shows can get rather exaggerated with their speech and expressions. As learners of Mandarin (or any foreign language), we need to feel the emotion of the language. Thus, this excessive acting actually benefits us. Upon watching, you may immediately notice subtle (or perhaps not so subtle) elements of variety shows. When the colorful words or shapes flash on the screen, it in fact gives the viewer an emotional cue. For example, if lines on the side of a person’s face pop up, I know the person feels dispirited. Perhaps someone said something to “give him a hard time” or 為難 (wei2 nan2) 他.

Before I introduce the talk shows, I would like to note that I will not include 康熙來了 (kang1 xi1 lai2 le). As perhaps the most famous Taiwanese talk show, I believe if I wrote about it, I would need more than a few paragraphs. In essence, I think the show 不能一言以蔽 (bi4) 之 or “cannot be explained fully in a few words”.

Which Shows to Watch?

First up we have 酷酷兄弟 or KouKou Brothers. Kind of a classic short-guy-and-tall-guy combination, the two brothers, 阿神 (a1 shen2) and 阿謙 (a1 qian1) have a playful dynamic. On the screen, they often poke fun at one another or have hilarious friendly competitions. They have made episodes on topics ranging from Japanese toy lunches, how they make blood in movies, and other lighthearted topics. Take a look at an episode where they play a game of Russian roulette. However, unlike real Russian roulette, the game does not involve gambling, but rather the consuming of unusual “drinks.” 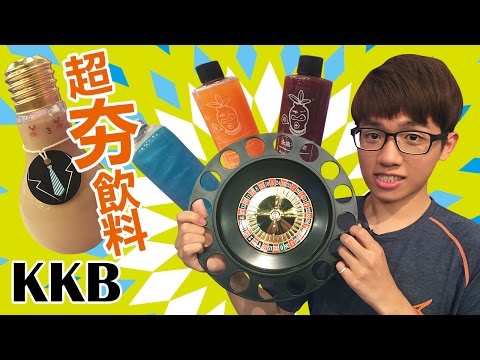 As always, we will start with a look at some important vocabulary.

Translation: We bought some popular drinks from the internet.

In the strictest of senses, 人氣 should not act as an adjective. However, it somehow ends up as such in many different contexts. You may see “人氣” on a menu next to an item, which tells you it is popular. However, if we stick to grammar conventions, this word is a noun meaning “popularity.” Thus, if you want to say something “is popular”, you can say “這個（東西）的人氣很高” or “this (thing)’s popularity is high.”

The overall sentence serves to make 阿神’s (the taller guy) tone seem more exaggerated. The word 賜 has existed in the Chinese language for thousands of years. If you read classical Chinese, it will occur frequently. It implies a superior giving something to a subordinate or someone of a lower status.

Translation: You can just pull/lever it open (by pulling on the tab).

Another pesky one-character verb, 撬 means to dig into and pull as you might with a crowbar. When describing any motion resembling that (no matter the scale), like in our context, you can use 撬. NOTE: We have 開 after 撬 for a very important reason. When using the 把 structure, your verb must have a result. In our sentence, when he “levers”(撬) the tab, it results in it opening up (開).

If you want to watch more of this duo, I suggest checking out the following video of them making fake blood with a movie props expert:

The English name for this show is “Super Followers.” A famous Taiwanese talk show host, former singer and actor, 吳宗憲 (wu2 zong1 xian4), hosts the show with his daughter. His daughter, 吳姍儒 (wu2 shan1 ru2) provides much of the side commentary, while the father takes the role of a class clown. They often invite many guests at a time to participate in competitions or talk about a specific topic. In one particular episode, they take on an unusual topic: the things you hate about your travel buddy. Chock full of interesting vocabulary, check it out below:

Horrors of Having a Travel Buddy

Translation:  His underwear had a layer of filth.

一層 means “a layer” and 垢 means “filth” in the sentence. Thus, instead of saying 他的內褲很髒(zang1) (“His underwear was really dirty”), the wording in the video gives a more vivid (and, of course, more disgusting) image.

Translation: The traveling wore him out.

As an important note, the 嘛 at the end of the sentence adds a tone of “of course he should be this way.” If you break down the 成語 or idiom, 舟 means “boat”, 車 means “carriage”, and 勞頓 means “fatigued”. 舟車 together symbolize “traveling” because they used boats and carriages to travel about in ancient China. With all of the words combined, it does not take much effort to guess the meaning of “travel-worn”.

Translation: The next morning, when Wang Shao-Wei woke up, he scared the hell out of me.

隔 means “to separate two things with a layer or gap”. Thus, 隔天 means “the next day” and 隔壁 (ge2 bi4) literally means “the wall outside of mine”, or simply “next door”. NOTE: When telling a story in the past, to say “the next day”, you cannot use 明天. You must use words like 隔天 or 第二天.

Translation: He is going back to his roots.

Generally, this means “going back to one’s birthplace” and usually after one has gotten old. In this episode of Super Followers, it takes a dark twist. If you could understand what happened in the episode, you will know 吳宗憲 saw a person in an airport carrying an urn. The person carrying the urn wanted to take his father’s ashes back to his birthplace. Thus, he used the term 落葉歸根 to describe the motives for taking the ashes on a plane.

If you liked Super Followers, you can also check out an episode about foreigners in Taiwan. They have stayed there for many years because they think Taiwan 有人情味 or “is hospitable/friendly”. 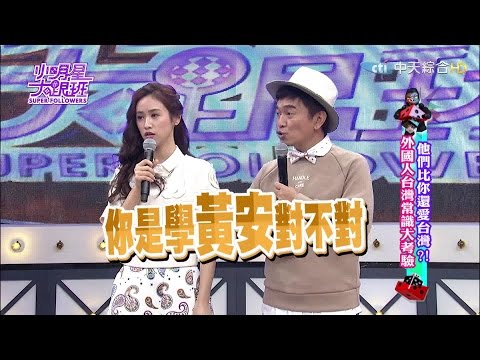 Testing Foreigners on Knowledge of Taiwan

Otherwise known as “Small Swallow Xiaoyan-Night” (a mouthful, I know), the interview-oriented talk show features 張小燕 (zhang1 xiao2 yan4) as the host. One of the most famous 藝(yi4)人 (a person involved in the performing or fine arts) in Taiwan, 張小燕 has enjoyed a career dating back to 1953. The Discovery Channel even once shot a series called “Portraits Taiwan” starring 張小燕 and five other famous people from Taiwan. Her talk shows have won the 金鐘獎 or “Golden Bell Awards” on six different occasions. Needless to say, she has quite a high status among Taiwanese 藝人. You could even say 她人氣很高.

In the video below, she does an interview with an actor she has known for some time named 吳奇隆 (wu2 qi2 long2). Much of the video revolves around his recent marriage to 劉詩詩 (liu2 shi1 shi1). Check it out:

Translation: She flew back.

Okay, anyone who has studied Mandarin for more than two weeks has learned 有. But in Taiwan, this character has ties to 台語 or Taiwanese (an indigenous language to the island). When used before a verb, it makes the verb past tense. Often used before a “verb + 過” (e.g. 我有吃過 means “I have eaten”), any Mandarin teacher will cringe at its usage. Technically speaking, it breaks many traditional Chinese grammar rules and you should not use it at all in this way. However, if you are so inclined, I suggest only using it with Taiwanese friends as mainland Chinese will certainly single you out.

Translation: She really was as beautiful as a goddess.

吳奇隆, the guest, says this of his new wife. Not exactly a four-character idiom, it still has many classical Chinese characteristics. When describing something using a simile in classical Chinese, 若 (or also 如) means “as”. When used in this manner, the adjective goes before 若. For example, 藍若海洋 (lan2 ruo4 hai3 yang2), which means “as blue as the ocean”. Our adjective, 藍 goes before 若, and the object of comparison, 海洋, goes at the end. If you understand these small details of classical Chinese, your idiom and four-character word comprehension will increase dramatically.

張小燕 asks 吳奇隆 this question. The 歸 in the sentence means “to belong to”, so a literal translation of “錢歸老婆管” is “the money belongs to the wife, who looks after it.” Of course, no one says that in English. Thus, we should translate as “the wife is in charge of the money”. On an interesting side note, in response to this question by 張小燕, 吳奇隆 says 我沒有錢. What a classic response by a Chinese person! It does not directly answer the question, yet leaves no doubt at the same time. (If you still do not get it, he basically admits none of the money he makes is his; it is his wife’s).

With All this Talking, Don’t Forget to Breathe!

The sheer amount of dialogue in talk shows is an awesome resource for learning languages. However, in this veritable wonderland of vocabulary, you might find yourself getting confused. Mandarin has seemingly unlimited 近義詞 (words close in meaning) and 同義詞 (words of the same meaning). Yet when in doubt, use the word in the context you learned it. Even still, there will be times you think Mandarin 難若登(deng1)天 (is as hard as ascending to the sky). Just remember learning any language is a process. It takes making innumerable mistakes and help from lots of people. Don’t get discouraged and try to enjoy it. And remember, if you ever have any questions, you can always email me.