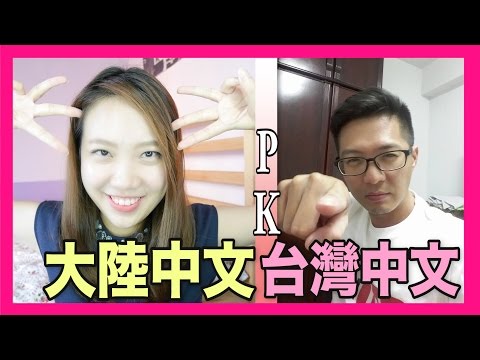 4 Vlogs to Help You Learn Mandarin

Ok, so you have taken up the challenge of studying Mandarin. Perhaps you want to learn about the culture. Maybe you want to get a competitive edge in finding a job. Or maybe you study Mandarin just to fulfill some college credits. Of course, there are countless other reasons why you might have found yourself studying what some claim as one of the most difficult languages for westerners to learn. Regardless of whether or not you are taking formal classes, though, it’s crucial to find material that will expose you to how natives communicate with each other.  Where do you find this material?

Start by trying out our application, Woodpecker. You will see over forty different Youtube channels each filled with Mandarin videos meant for native speakers. Each video comes with subtitles on which you can press at any time to find the definition of a word. After you press a word, Woodpecker automatically adds it to your vocabulary list. However, if you find yourself getting lost in the thousands of videos, do not fear. In this blog, I will help you find entertaining and educational material suitable for varying levels and interests, while also giving vocab tips to help you get the most out of your viewing.

First and foremost, vloggers often use common or natural speech when recording. Thus, if you pick up on some of the wording, you will find your oral communication skills improving almost immediately. Vlogs can also help you relax. If you watch four ten-minute-long lifestyle vlog entries, your brain will feel less stressed than one forty-minute episode of a television drama. Lastly, you do not need to commit as much time. In a short five or ten minute vlog entry, you can learn tons of new vocabulary and also learn about new cultures.

Before You Start Watching, Think about Context

When using the Woodpecker application, you can go to the list of words you looked up and find the context. I have found the best way to learn vocabulary (other than straightforward nouns) is by giving context to them. In this blog, we will take a look at the meaning of certain words as the vloggers use them. Why should we care about this? Simply put, if you learn a word and what it means in English, you might not always know how to use it in Chinese.

For example, you probably learned 學習 to mean “to study” and want to say “The researchers studied the birds’ habitat” but 學習 here for “study” would sound strange. The better word might be 觀察 (guan1 cha2), which usually means to “observe.” Thus, do not let yourself be stuck on the translation of the word, but rather the context. Over time, you will get a better feel for the language. You might ask, “How should I do it?” I strongly suggest trying to remember whole or half sentences as opposed to a single word. It may be more work in the short term, but you will thank me later when you do not have to keep looking up example sentences to remember just how exactly a word is used.

Which Vlogs Should You Watch?

Alan’s Channel, or 阿倫頻道, is about a Taiwanese man who gives insight into “all that he sees and hears while in Japan” or 他在日本的所見所聞. He sometimes even reviews various electronic devices. As a bit of a change of pace from his regular videos, Alan made a video sharing something from his culture he has missed since being in Japan: Taiwanese steamed buns or 饅頭 (man2 tou2). Click on the picture or the link below to take a look: 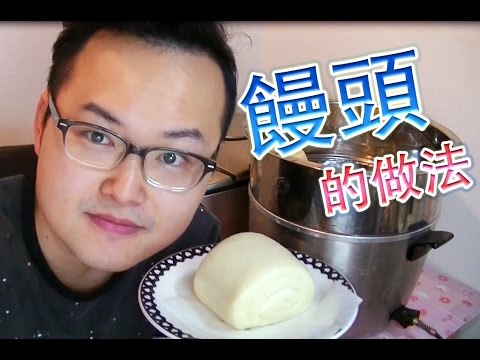 How to Make Taiwanese Mantou

First off, you may notice an abundance of one-character verbs in the video, which sometimes pose a challenge to Chinese learners. Let’s look at a few Alan used:

Means “to be sandwiched between two things.” In the video, he says 饅頭夾蛋, which means a 饅頭 that has been slice in half so that an egg can go on the inside.

Usually means “to knead” (as in bread), but also means “to rub” as in “揉眼睛” or “rub your eyes” perhaps because you feel sleepy or you have something in your eyes.

TIP: When learning these verbs, do your best to visualize the movement you saw in the video. It will give you an image to get a more solid feel for the language.

Another wonderful vlog you should look into is called MaoMaoTV. The vlogger calls herself Mao, and has lived in Japan since graduating high school in Taiwan. In high school she had low grades, resulting in her rejection by colleges in Taiwan. Unsure about her future, she had a choice to pursue her undergraduate in either Shanghai or Tokyo. Wanting to get a more unique perspective on life and also learn a new language, she made the brave decision to study in Tokyo.

If you have not adjusted to the Taiwanese accent, listening to her can help you ease yourself into it. In general, she speaks standard Taiwanese Mandarin (國語), but sometimes slips into an accent and can speak at a fast pace. In the following video, she talks about her experiences with eating Japanese ramen. 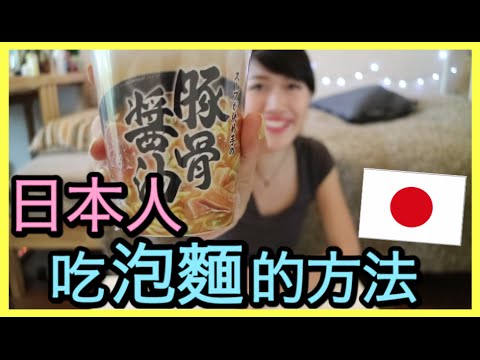 How to Eat Japanese Ramen

I am sure many of you have already learned this character. Most likely, you learned it as “to lose (something)”. However, its usage is quite flexible. For example, if you say want to say “I lost my credit card”, you can say 我丟了我的信用卡. You can also say 我的信用卡丟了 or use 把 and 弄 (nong4) by saying 我把信用卡弄丟了.

Now, in this episode of MaoMaoTV, Mao uses a different definition of 丟. In many ways, the character is similar to the English for “to throw” but usually means to throw without any specific target or purpose. For example, Mao says 往上丟一下 before she throws up her cup of ramen to no target in particular.

Mao says both of these in her video. 秘訣 (mi4 jue2) closely resembles the English word “secret” as in “the secret of life”. In the video she says: 我要介紹日本人吃拉麵的秘訣, meaning “I would like to introduce the secret to how Japanese eat ramen.” Another word to watch out for is 訣竅 (jue2 qiao4). Despite how crazy that second character looks, the two-character word itself comes up relatively frequently. It means “trick” as in “the trick to cooking ramen” or 做日本拉麵的訣竅. It differs from 秘訣 because it is “a method that works very well.” 秘訣, on the other hand, is “a method that works well, BUT one that not many people know about.”

This saying has some Classical Chinese elements. Often if you see “一 + Verb” in a sentence, idiom, or saying, it means “once (you) verb…”. So here, it literally translates to “once (you) send it out, it cannot be put back” (發 means “send out” and 收拾 means “put back”). 可 is also Classical Chinese. It makes any verb following it into a “can be + verbed”. That’s why 可愛 means cute because it literally means “can be loved”.

In context, Mao says, “但你真的開始嘗試飯糰(fan4 tuan2)之後，一發不可收拾.” She refers to tasting Japanese onigiri (飯糰) and how after trying it, “things get out of your control”. Simply put, she is jokingly implying that once you try it, you cannot stop eating it.

Anytime you hear 相 said in the fourth tone, it usually has something to do with the appearance of something (and often implies the face). I found the definition of this two character word 吃相 in my dictionary as “table manners”. However, if you understand the meaning of 相, it makes more sense in our context to mean “the way one looks when eating.” Mao says: 為了擋 (dang3 – to block) 我醜醜的吃相，我把這個紙留著 meaning: “To block the ugly way I look when I eat, I am keeping the paper on (the cup of noodles).”

If you like the energy Mao brings to the camera and want to hear about mouth-watering Taiwanese breakfast foods, watch this video: 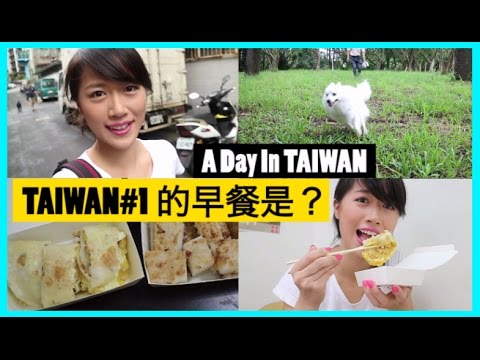 Chacha TV is a vlog by a girl from Guangdong who has lived in Singapore since 2009. Calling herself Chacha, many of her videos center around current events in Singapore. She has filmed many episodes comparing and contrasting people from different Mandarin-speaking areas or countries such as Malaysia, Taiwan, southern China and northern China. In the blog entry below, she holds a video call with a Youtuber from Taiwan and challenges him to understand words specific to Guangdong. He does the same by providing her with local Taiwanese words. They frequently misunderstand each other through the video, making for some amusing dialogue. Check it out here:

After watching, I found the region-specific words they used to challenge each other left me “completely confused”. I could say “那些詞語讓我一頭霧(wu4)水”. The idiom 一頭霧水 literally means fog and mist fill your head, a vivid way to describe how I feel sometimes when learning Chinese.

Often used alone, this word means “Bring it on!” In the video, the two Youtubers use the idiom to indicate their confidence in their ability to beat the other.

Jane’s story sounds similar to Chacha’s, just with different country names. A twenty-one year-old girl, she grew up in Taiwan and now studies in Malaysia. She also spent some time in England. As a results, many of her vlog posts touch on topics related to the customs of those three countries. Click on the link below for a commentary on Malaysian perceptions of Taiwanese people: 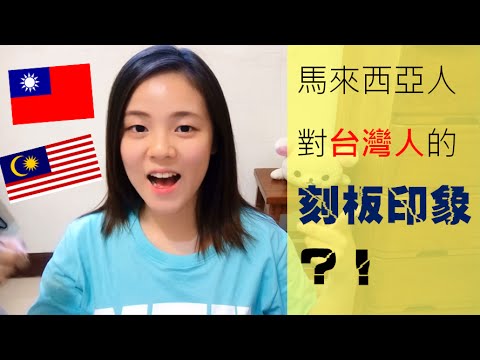 What Stereotypes do Malaysians Have of Taiwanese People?

I like how Chacha describes Malaysian “stereotypes” or 刻板印象 (ke4 ban3 yin4 xiang4). Most importantly, she does a self-reflection on how she might have subconsciously formed her own stereotypes of others. Compared to the other vlogs, she speaks a little fast, but generally uses more basic vocabulary.

Bring on the Vlogs!

Do you enjoy learning about other people’s lives? Do you lack the time to watch full episodes of Mandarin shows? Then try vlogs! Time will fly by and you will discover a noticeable improvement in your listening skills. Hopefully, one of the vlogs makes you feel like 看了之後，一發不可收拾. With these videos, you can now say to the challenge of studying Mandarin: 放馬過來！