12 TED Talks to improve your Mandarin

You can use TED Talks to improve your Mandarin. TED is a nonprofit devoted to spreading ideas, usually in the form of short, powerful talks. TED began in 1984 as a conference where Technology, Entertainment and Design converged, and today covers almost all topics — from science to business to global issues — in more than 100 languages. All over the world, students of English listen to TED Talks, partly due to their interest in the content but also to improve their listening skills and to understand how English speakers behave in an English speaking environment. TED Talks come with subtitles in English and, thanks to crowdsourcing, also in many other languages, enabling learners of English to really understand content designed for native speakers. Learners of Mandarin have the same opportunity to improve their skills with the talks available on TEDx Taipei – the locally run Taipei community that runs TED-style events.

On Woodpecker, the channel for TEDx Taipei has all the videos from its YouTube channel that have Chinese subtitles and many of these have English subtitles as well. In addition to the Traditional Character subtitle stream found on the YouTube channel, Woodpecker Learning also provides a simplified Chinese subtitle stream. You can choose to play none, one or two subtitle streams while listening to the audio. Touching on the words in English, or the characters in Chinese, will give you the translation in the other language. Any word or character that you touch will go to your history and from there you can choose which ones to export to your flashcards. By repeating sentences (touch the go-back-one-sentence button) you can improve your listening skills and your character knowledge.

Enhancing your Micro Listening Skills to Boost your Proficiency

An online search for “Micro Listening Skills” has links to many articles which explain how teachers can set tasks designed to help language learners improve their listening skills. The concept of micro-listening is explained well in this Wiki, but in summary it is all about getting students to replay, and listen again and again, to any sentences they didn’t quite get until they fully understand everything that was said.  Linguists talk about the importance to language learners of phonological decoding or parsing skills, which is the learner’s ability to interpret the sound system of the second language and to make sense of what they hear. A crucial skill is determining where each word starts and ends, as a language learner that cannot draw the boundaries between each word they hear, will interpret each sentence as a continuous unintelligible flow. A student may know all of the vocabulary in a sentence, and how each word is pronounced in isolation, but they are unable to decode the sound when it seems to “blend in” with the rest of the sentence.

This is a particular issue when intermediate learners start transitioning from their textbooks to material designed for native speakers. They don’t want to waste too much time fiddling with the controls of a player to go back and repeat content. If they are unsure of the meaning of a character, or how it should be pronounced, then it really reduces frustration if they can get an instant answer to that question by simply touching it. The go-back-one-sentence button and the go-back-five-seconds button on the Woodpecker player, combined with the built-in bilingual dictionaries, enable the user to practise and enhance micro-listening skills in a much more effective way.

Four Great Videos to Start With

The banner for the TEDx Taipei Channel

The YouTube channel for TEDx Taipei has 144,000 subscribers and 19.2m views but of course nearly all of these will be from native speakers of Mandarin, and what interests them most, may not be the most suitable content for you to improve your Mandarin skills. If you would like speakers who don’t go at too fast a pace, and whose Mandarin has only a light Taiwanese accent if any, then try these four talks.

Pei-Hsia Lai is a Taiwanese singer and actress turned magazine publisher and writer. In 找一條回家的路：賴佩霞 (Find a way home: Lai Peixia) she talks about the many struggles in her early family life and the importance of her family to her happiness.  Her father was a US serviceman during the Vietnam war who did not return to Taiwan and her first marriage failed, but she now has a successful family and wants to share her thoughts on “family awakening”. Anting Liu is the founder of Teach For Taiwan. In 擁抱世代從教育開始：劉安婷 (Embrace generations from the beginning of education: Liu Anting) she talks about how experiences in her own education, in Taichung and then at Princeton and a stint in Haiti, lead to the creation of Teach for Taiwan – an organisation dedicated to eliminating educational inequality in Taiwan. 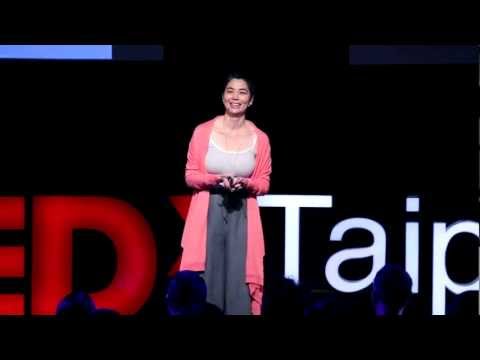 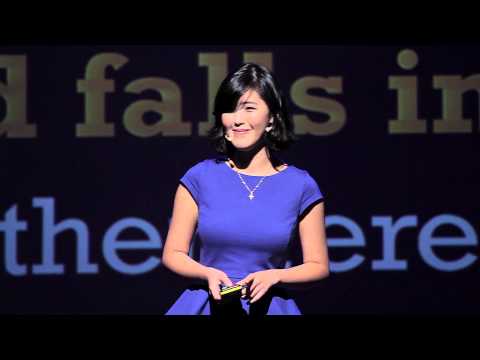 Mag Hsu is a screenwriter for television, film and theatre. In不完美的美：徐譽庭 (Imperfect beauty: Xu Yuting) she writes about how she relates to the characters in her works and how she reacts to the way that the audience (including bloggers and reviewers) do as well. Chiang Hsun is an influential contemporary poet and author who was born in Xian in 1947 and grew up in Taiwan. He studied at universities in Taipei and Paris and has published numerous novels, poems, prose and art reviews. He most enjoys composing poems but has held several well-received exhibitions of paintings. The title of his talk is 留十八分鐘給自己：蔣勳 (Save eighteen minutes for yourself: Jiang Xun) which is a reference to TED’s time limit of 18 minutes – which he exceeds by six minutes. He wants to know if it is too hard for us to save 18 minutes in a day or a year or a lifetime for a poem? In 24 minutes he recites his poetry, explains its meaning and shares his life experiences. 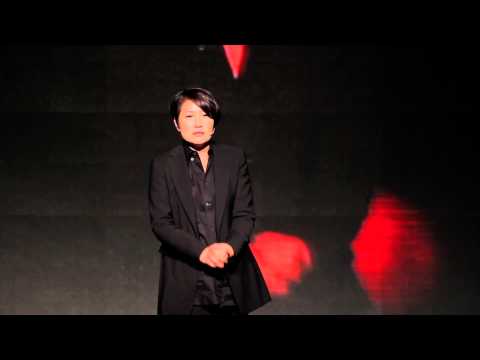 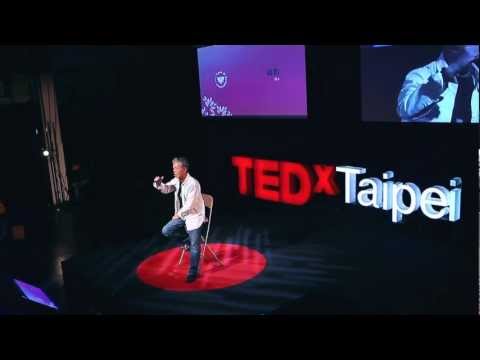 These next four videos take a step up in terms of the required level of Mandarin listening skills but still feature speakers whose pace and style of speaking should (with practice) be within the grasp of the intermediate learner.

The choreographer Hwai-Min Lin, who founded the world renowned Cloud Gate Dance Theater (雲門舞集), talks about his life experiences in 雲裡找門：林懷民 (Finding the door in the cloud : Lin Huaimin).  Cloud Gate is arguably the most internationally famous expression of Taiwanese culture. It regularly tours globally to packed audiences and solid reviews. In this video we hear about how it moved from uncertain days in the martial law period to a solid financial foundation today.  Dr Yuan Tseh Lee, winner of the 1986 Nobel Prize in Chemistry, talks about the risks of natural disasters to Taiwan’s nuclear power facilities and the benefits of solar power in 重回太陽的懷抱：李遠哲 (Return to the embrace of the Sun : Li Yuanzhe). Dr Lee is not only a noted scientist with many international awards and distinctions, but he has also played an important role as an administrator in science. He was previously head of Academia Sinica, which co-0rdinates much of the scientific research in Taiwan, and in 2011, he was elected head of the International Council for Science. 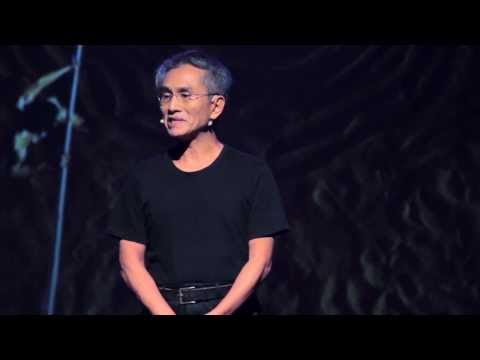 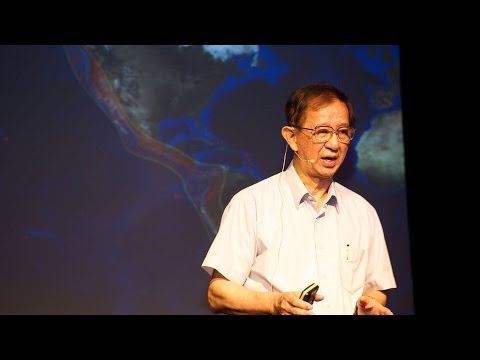 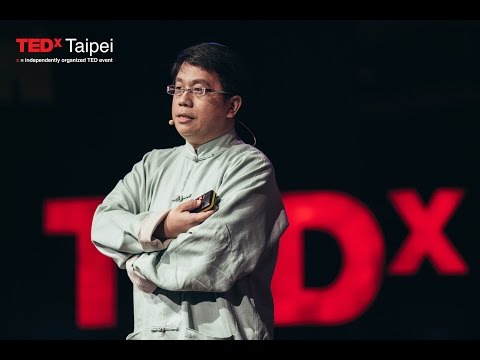 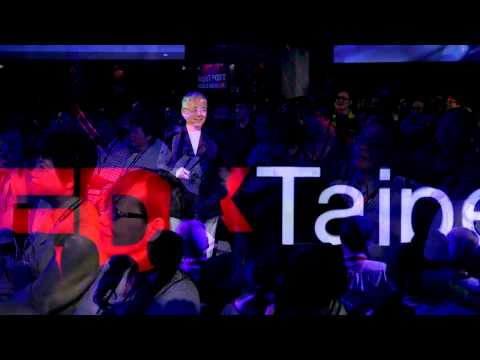 The default order for videos to appear in a channel in Woodpecker is by the number of views on YouTube, but with those that have subtitles in both Chinese and English ranked first. If you want to rank the videos differently then click the search button for more options. The videos with the most views on this channel are the ones that are the most challenging for learners of Mandarin.

The most popular video with 2.9m views is Taipei Mayor, Ko Wen-Jo, who is a heart surgeon, talking about life and death knowledge in 生死的智慧：柯文哲 (The Wisdom of Life and Death: Ke Wenzhe) but he speaks quickly, about complex subjects, in a fairly strong Taiwanese accent. Neither of the next two most popular videos on this channel have an English subtitle stream and both feature speakers who talk quickly, so are also best for more advanced learners. Logan Hsu (nickname Grandfather Mars) is a motivational speaker, author, and a polio survivor. In 別只看「沒有」，向你的困境借東西：火星爺爺(許榮宏) (Don’t not look, borrow from your plight : Grandfather Mars (Xu Ronghong)) he encourages you to look to your own problems for inspiration. 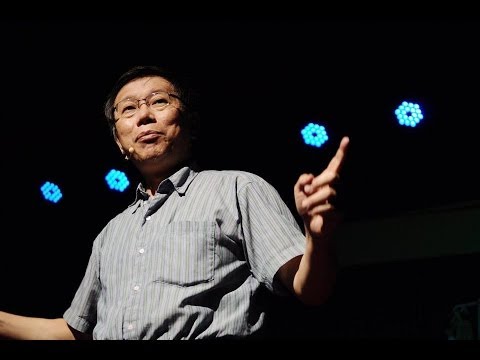 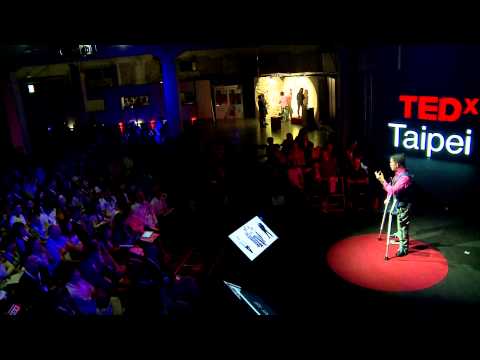 Davy Liu, founder of Kendu Films immigrated to the US from Taiwan when he was 13. He struggled through most of his academic years as he tried to assimilate into western culture. He found comfort in art and his artistic talents saw him receive awards at the national level. In 別把鑽石當玻璃珠：劉大偉 (Don’t treat diamonds as glass beads: Liu Dawei) he talks about his early life in Taiwan, integrating into American society, working at Disney, Warner and Lucas Films and the inspiration behind founding Kendu Films. Finally National Taiwan University Lecturer turned edtech entrepreneur, Benson Yeh, talks about the new revolution in online education in 超越教育！線上學習新革命：葉丙成 (Beyond education! A New Revolution in Online Learning : Ye Bingcheng). Benson Yeh founded PaGamO, an online education system that uses gamification to encourage students to learn.  What if homework felt like playing? Studying was just like a game and playing video games improved school performance? That is PaGamO. Learning through gaming. Based on its success in Taiwan, it won the University of Pennsylvania Wharton School’s Re-imagine Education award, and on the back of that raised US$6m in funding, to establish a start-up company in Taipei. 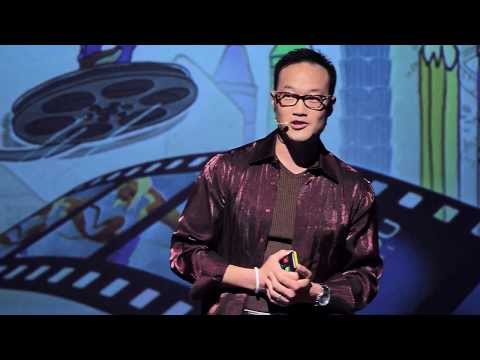 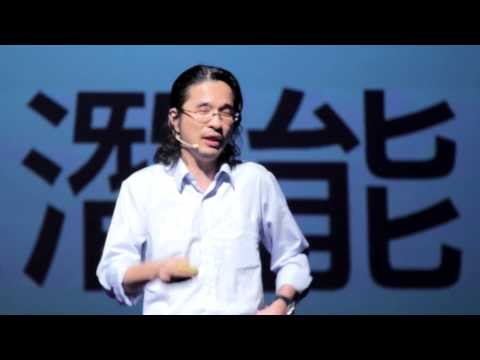 If you can keep up with the speakers in these last four videos then your Mandarin skills are well on the way to fluency.