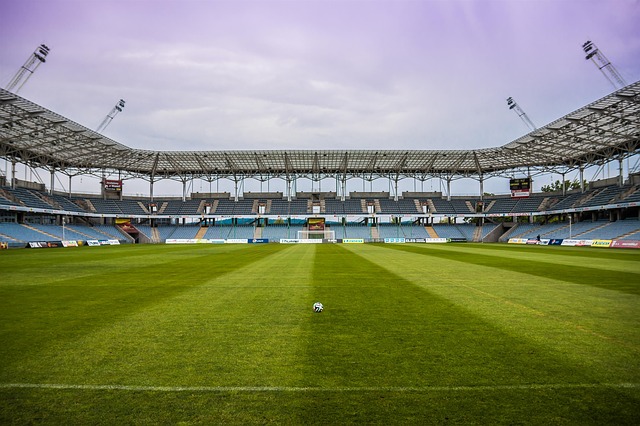 Ready to Play? Learn to Follow the Most Popular Sports in English

Every person on the planet hails from a specific culture, with unique linguistic, religious, and culinary traditions. Regardless of where you come from or what language you speak, however, one shared interest transcends all cultural barriers: athletic sports. The most popular sports count billions of fans across the world!

Watching and participating in various sports is a popular pastime for people from all walks of life. Whether you fancy yourself an avid footballer, happily spend hours putting a golf ball around on the green, or enjoy a long run on your days off, there are numerous athletic disciplines and countless variants of different games across the globe.

Naturally, the English-speaking world is no exception to the rule. From England to Australia and the United States to South Africa, millions of fans jump at the chance to watch their favourite teams in action. Not only do sports offer a fun diversion for those seeking a bit of entertainment, but they’re a great social unifier. No matter where you come from or what your background may be, enjoying a sports match with others creates an instant sense of camaraderie.

If you’re eager to get in on the fun, you’ll love this overview of sports across the English-speaking world. Learn more about the most popular sports and how to pick up the lingo…you’ll be speaking like a true sports fan in no time.

Discover the Most Popular Sports in English

Many countries have their own unique games that don’t enjoy widespread popularity internationally. Examples include baseball, a popular team sport in the United States. American and Australian football are also largely limited to their home countries. Of course, these are but a few examples; others include wrestling, field hockey, and snooker.

Plenty of other sports, however, enjoy mass appeal. In the English-speaking world, the most popular sports include the following: 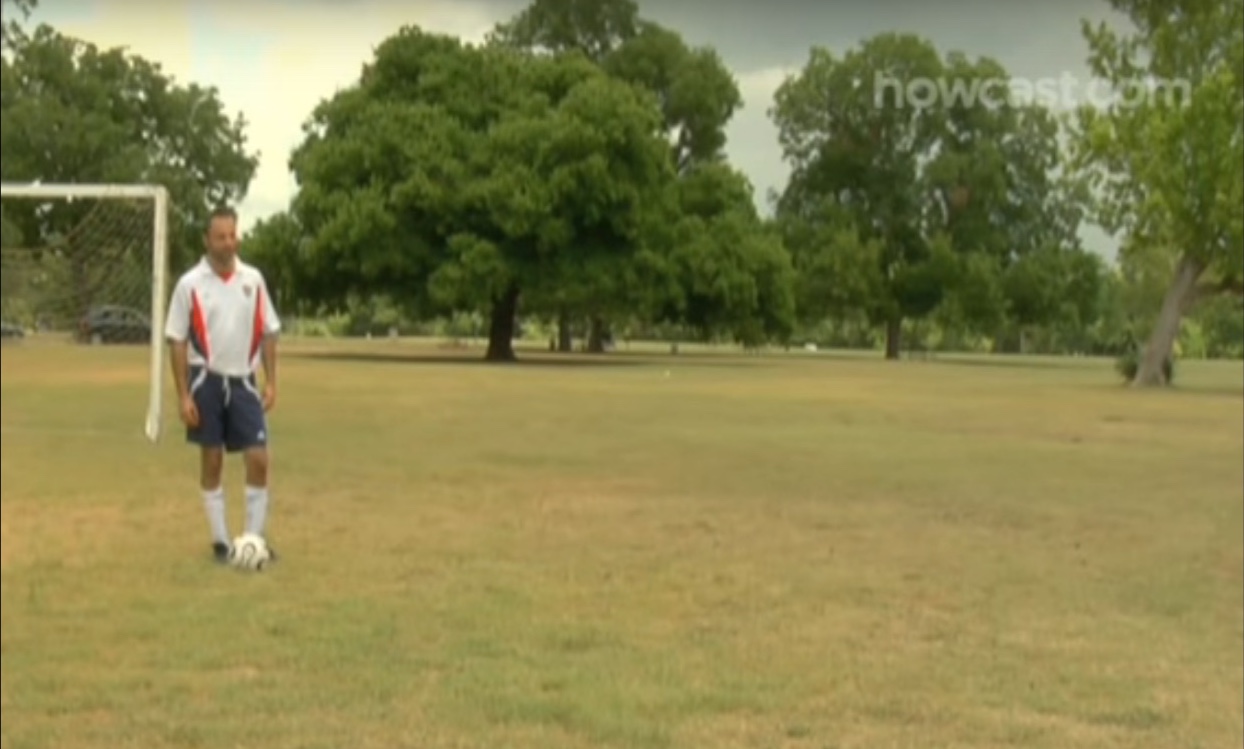 Learn the right way to dribble a football.

The Brits call it football, while in the the rest of the English speaking world most people know it as soccer…no matter what you call it, it’s far and away the most popular sport across the globe.

Quite logically, the game is played using the feet. Two teams of 11 players attempt to move the ball from one end of the playing field (also called a pitch) to the other. The goalie or keeper does his best to keep the ball from entering the goal. A typical match lasts 90 minutes, with a 15-minute break between the game’s halves.

Each nation has its own teams and rivalries. Plenty of English speakers also root on teams in other countries, such as France’s Paris Saint-Germain or Spain’s FC Barcelona. The World Cup is held every four years for the world’s best teams to come together in one giant championship tournament. 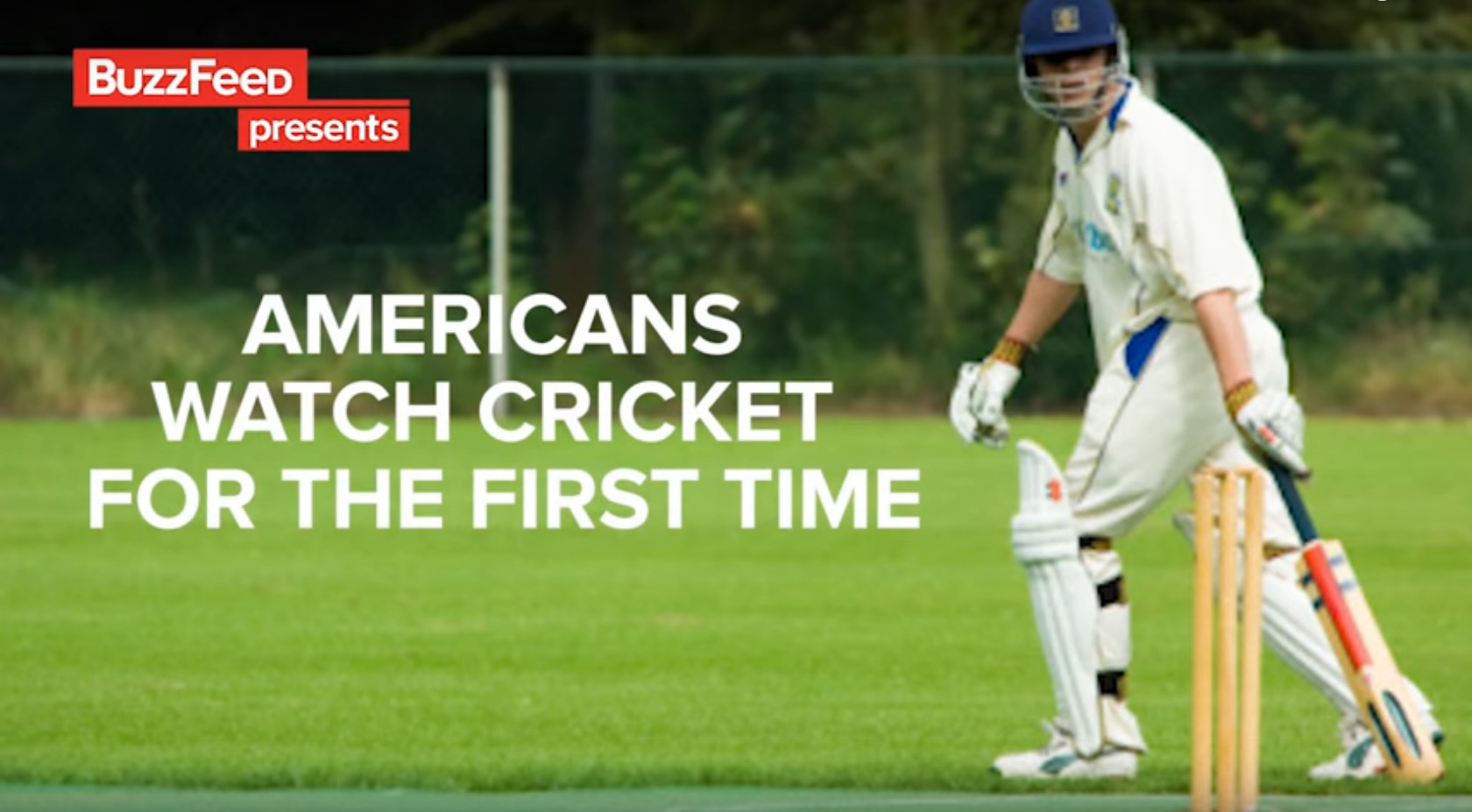 Watch as Americans discover the sport of cricket!

Cricket traces its roots back to 16th century England, but today, this game counts fans across Europe, Africa, and parts of Asia. This sport is quite popular in Commonwealth (and former Commonwealth) countries, but it doesn’t count many fans in the US or Canada. This may be because the game shares a number of similarities with American baseball.

Like in football, cricket teams count 11 unique players. The batting team members attempt to hit the cricket ball one by one, while the other team bowls. Bowlers toss the ball and try to hit the stumps, three sticks standing behind the batsman. Meanwhile, the batsman aims to knock the ball and then, run up and down the pitch. Each successful trip up and down the pitch earns the team a run.

The goal at the end of a cricket match is to have as many runs as possible. Depending on the format of a cricket game, the match may last anywhere from several hours to several days.

Like the other two sports on this list, rugby began in England. The game exists in two different formats, rugby union and rugby league. While there are multiple similarities between the two, the rules do differ in some ways; in particular how to restart the game after illegal play or the ball goes out.

The two teams attempt to move the rugby football from one end of the pitch to the other. This can be accomplished using a number of different maneuvers; unlike football, rugby players use both their hand and feet to move the ball. Players tackle each other to prevent the ball from making its way toward the goal.

Rugby isn’t played in the United States; American football, the most popular sport in that country, however, was created using many of the rules of rugby.

Naturally, these sports only make up a smattering of the most popular across the English world. Other popular sports activities include tennis, basketball, volleyball, and golf. 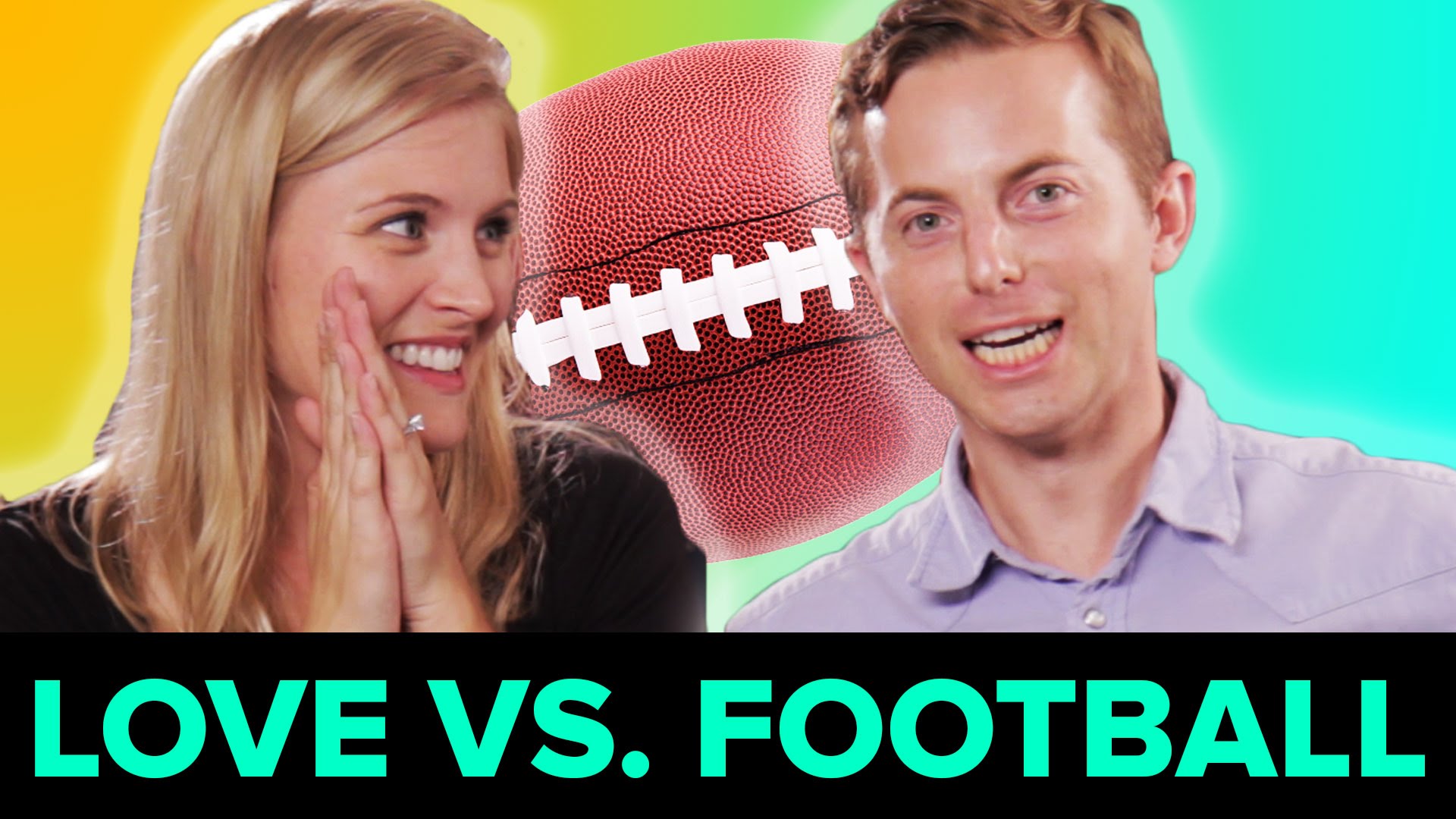 What’s better than a sports game? Uh…love, of course! Watch this silly BuzzFeed game…do you think he knows his wife better than his favourite sport?

Sports lingo and vocabulary isn’t only used for what takes place during a match; instead, because sporting events are so widely enjoyed, many of the phrases players uses are also popular in everyday life.

Incorporating Sports into Your Language Learning

If you’re determined to master English, following the most popular sports is a great starting point. Plus, if you enjoy watching sporting events for fun anyway, watching English language games won’t feel like a chore. Some ideas for making sports part of your language learning adventure include:

If you feel passionate about a sport enjoyed in the English world, why not join a team of local players? If you live in a large city, many international transplants organise amateur matches from time to time. These matches present an ideal opportunity for meeting other people and practicing your English.

Can’t find a local team to join? Why not start your own? Invite people you know on social media or use a meet up site to spread the word. You might be surprised by how easy it is to connect with other sports aficionados in your area.

Watch Games at a Pub 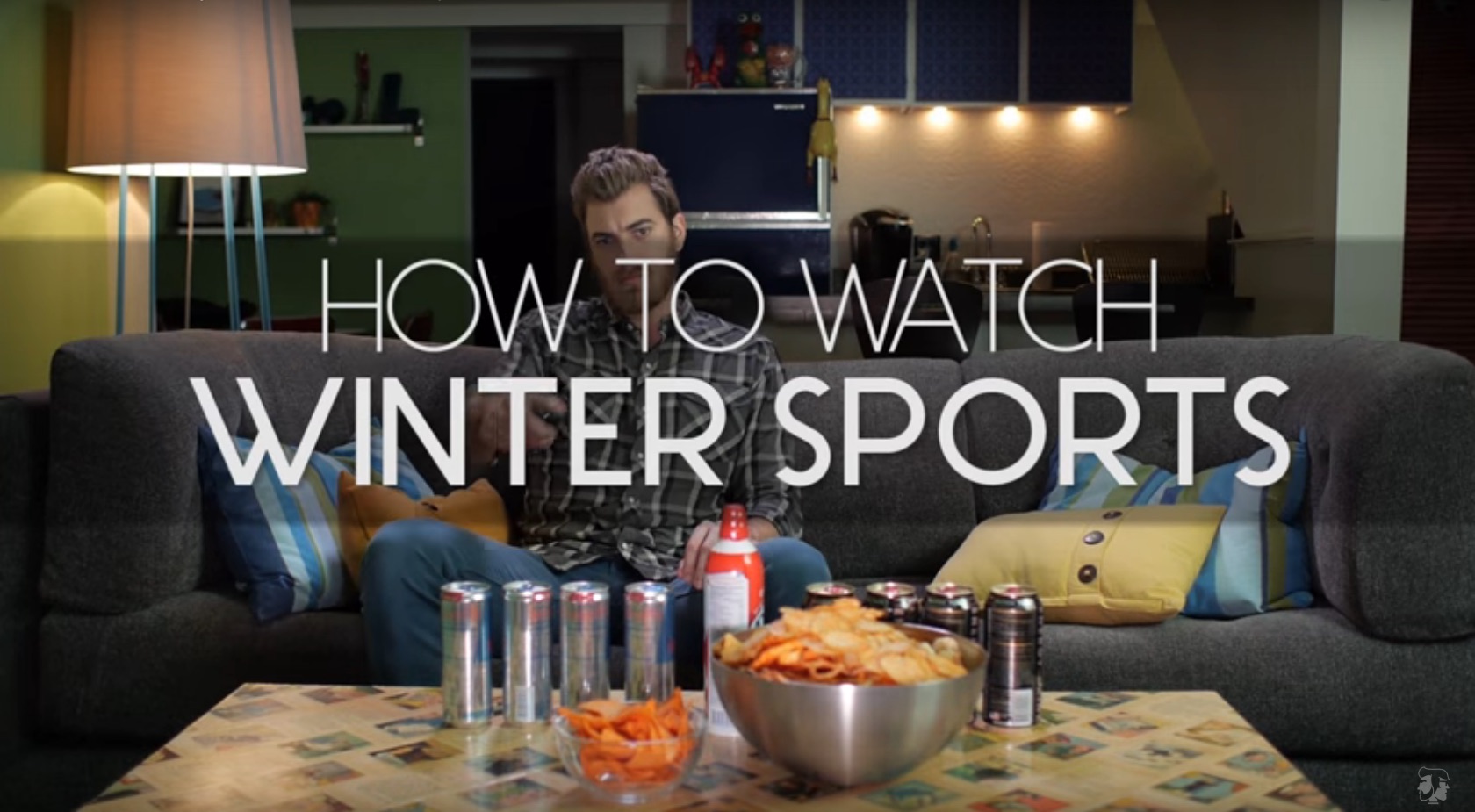 Looking for a more comical approach to watching the game? Check out this hilarious clip.

Themed pubs and bars also abound in metropolitan cities. Many bars show big matches on their televisions, and of course, the event draws a crowd. Watching a sports match in a local bar could help you make some new connections. Plus, nothing beats watching an exciting match in the company of other cheering fans. It’s almost as if you were watching the game from the stands!

Volunteer at a Local School

If you’re serious about sharing your love of sports with others, why not give back to your community by volunteering with a local school? Many international schools offer recreational sports for their pupils. Not only is it fun to attend the games, but it also feels great to help support people in your area.

Take a deeper look: learn why humans love to watch sports in the Woodpecker app!