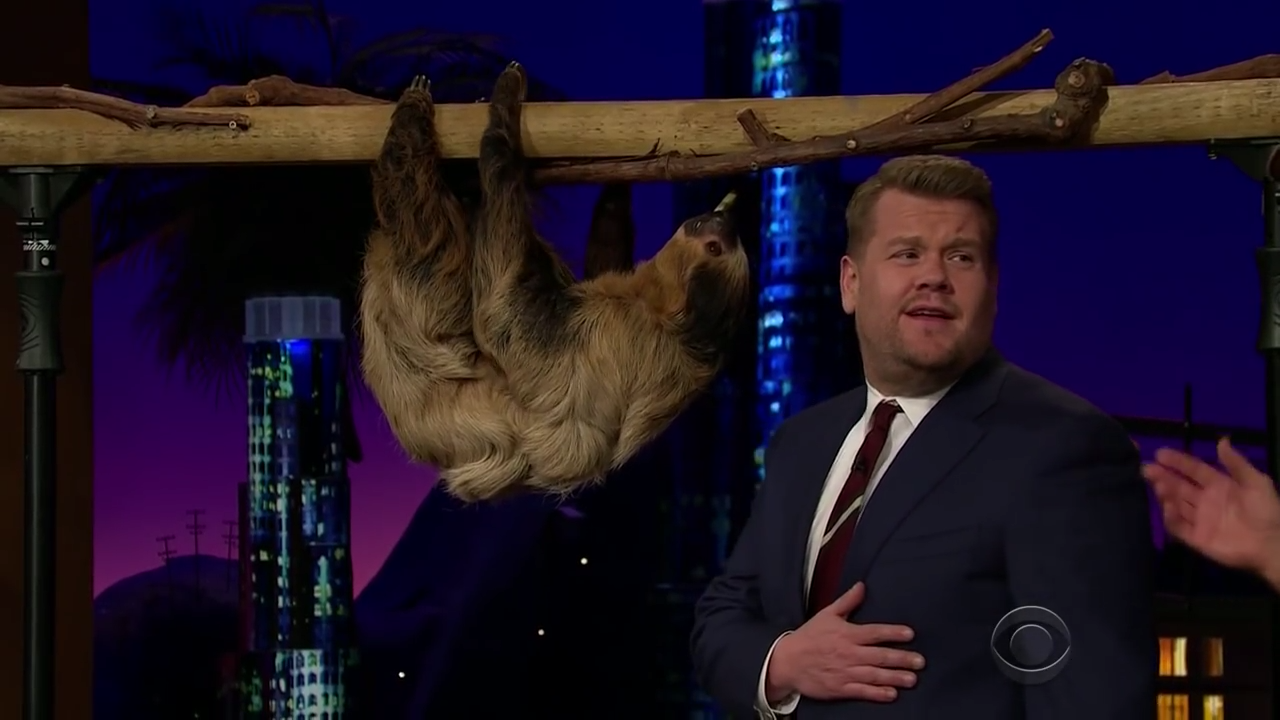 With his witty banter, charming smile, and impressive singing chops, James Corden has quickly endeared himself to American audiences. In this hilarious video, James comes face-to-face with a number of unique guests…exotic animals.

Whether you can’t get enough of adorable sloths or you simply love to learn new facts about rare species, you will love this funny video.

James can’t contain his excitement as he meets these incredible animals.

In this clip from The Late Late Show with James Corden, the talk show host welcomes famed animal expert Jack Hanna to the stage. Per usual, Jack has brought many of his friends along with him for the evening. The palm civet is the first animal to makes its debut. This strange little creature hails from southeast Asia, where he calls the forest home.

Jack explains that the animal produces the kopi luwak, one of the most expensive coffees in the world. The animal eats coffee beans and after they pass through the digestive system, the beans are collected for brewing. Appetizing, no?

Next up is the cute sloth, which spends 90% of his life upside down. James can’t get enough and even asks Jack Hanna if he could get a sloth for a pet. Unfortunately, as Jack explains, sloths don’t make great pets. They may be cute, but they can actually be quite dangerous, with their sharp claws and teeth. Who knew?

Among the other interesting creatures Jack brought to visit are a bucket of huge cockroaches. James and his celebrity guests certainly aren’t as enthusiastic about meeting these animals. Of course, that doesn’t stop Jack from letting the cockroaches crawl all over the host. Gross!

Finally, after the bugpalooza, Jack introduces a massive bullfrog from Africa to the host and his viewers. This strange amphibian lives in the ground for up to a year, and he expels a snot-like mucus from his skin. Needless to say, James isn’t too keen to touch the sticky bullfrog.

To end the segment, Jack brings out the most dangerous of the animals: a rattlesnake!

Can’t get enough animal videos? Check out the All Things Animal TV channel on the Woodpecker app!