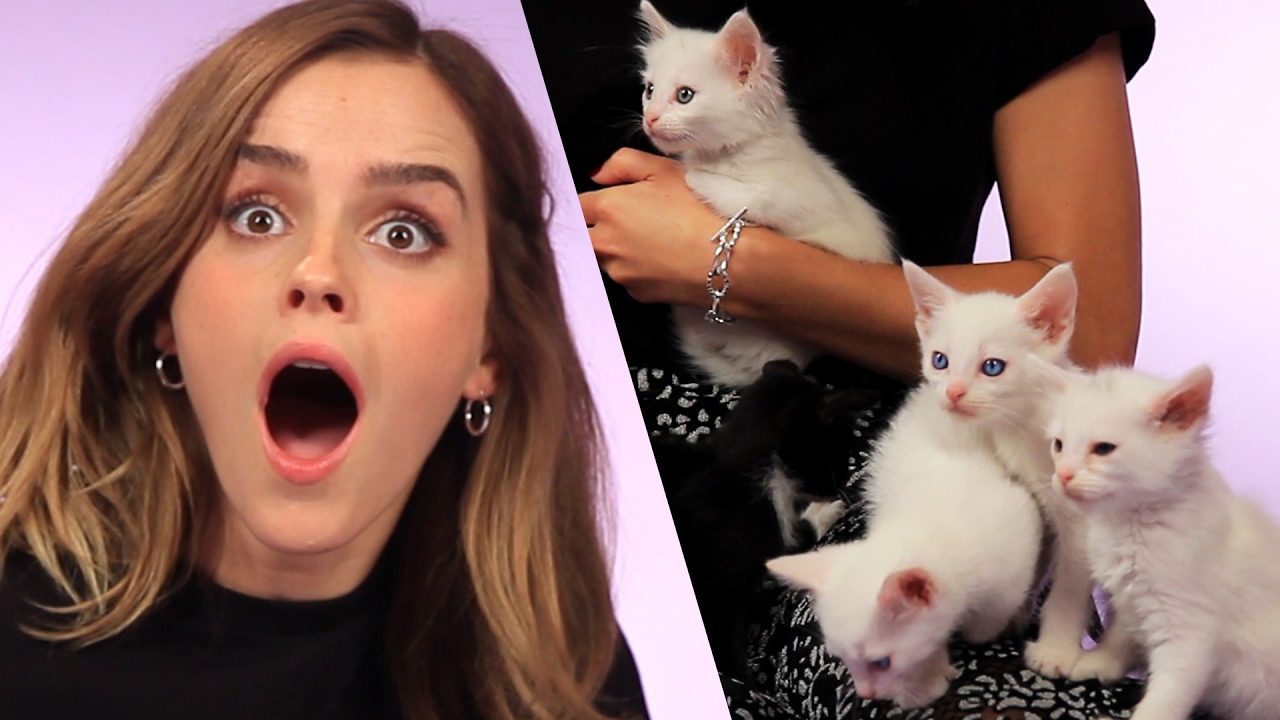 Following the release of Beauty and the Beast last week, the actors of the film have been quite busy promoting the movie. But only Emma Watson has had the chance to play with kittens while answering questions about the latest Disney release.

In this adorable BuzzFeed interview, Emma attempts to field questions from a reporter, all while letting a litter of kittens crawl over her lap. The clip has taken the internet by storm, and for good reason. Just look at how happy she is to spend some time with these adorable creatures, all of whom are available for adoption through a local rescue group.

Emma Watson plays with a litter of cute kittens!

Explore the Video of Kittens

We’ve chatted about the new Beauty and the Beast a few times in recent weeks. From the trailer itself to James Corden’s wacky performance in the streets of Hollywood, Disney has been working overtime to capture the attention of filmgoers. And by all accounts, the promotion has been working. In fact, the remake made more money in its first week of release than the original animated picture did altogether.

In this promotional video, things take a decidedly different turn, however. Emma Watson, who plays Belle in the new movie, sat down with BuzzFeed’s team for an interview…only for the team to surprise her with kittens!

It’s easy to see why this short video has gone viral over the past week—after all, who can’t understand Emma’s excitement at being presented with a litter of cute kitties to play with? In between cuddles with the little cats, the young actress answers questions about the film and her personal life. These include questions about making the movie, as well as a few regarding her past work. Harry Potter fans will be happy to note, Emma even shares a little bit of perspective about her past character Hermione.

It’s a fun mix of serious questions and great silliness, as Emma shares a few anecdotes from the Beauty and the Beast set. In conclusion, the young activist also encourages young girls to maximise their full potential. Watch the video now!

Can’t get enough celebrity interviews? See more on the BuzzFeed celeb channel in the Woodpecker app!