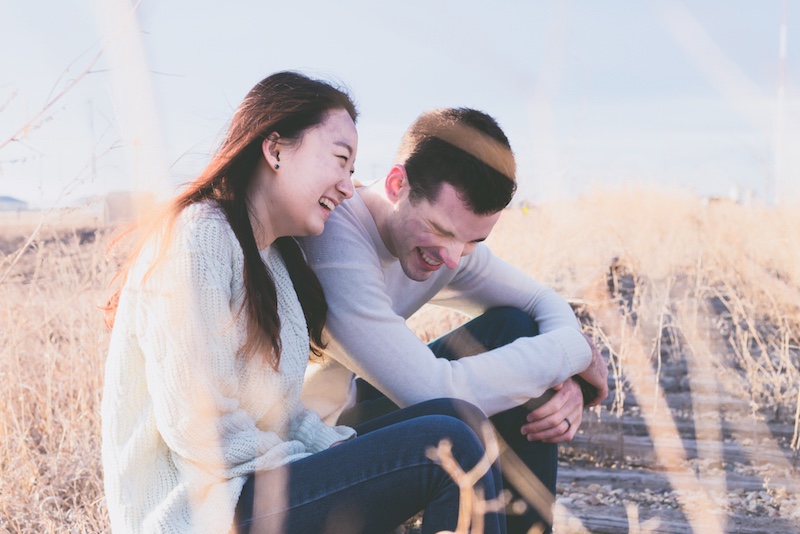 Let’s face it—learning English isn’t all fun and games. From mastering the ins and outs of conjugation to learning the various pronouns and articles, studying English presents a unique challenge. If you’re feeling a bit overwhelmed in the midst of it all, why not use comedy videos to learn English?

Stand up specials, quirky shorts, classic sitcoms…comedy truly comes in all shapes and sizes. As the old saying goes, time flies when you’re having fun. What better way to practice your English than to spend a few hours laughing and learning simultaneously.

Furthermore, not only will comedy help you pick up a few new phrases and improve your oral comprehension; it also provides a window into Anglophone culture that can help you better understand the English-speaking world at large.

If you’re ready to delve into the world of comedy, you’ll love this eclectic assortment of comedy videos to learn English. Not only does our list feature popular clips that will have you rolling on the floor with laughter, but you’ll also learn a bit more about the many different kinds of comedic styles. 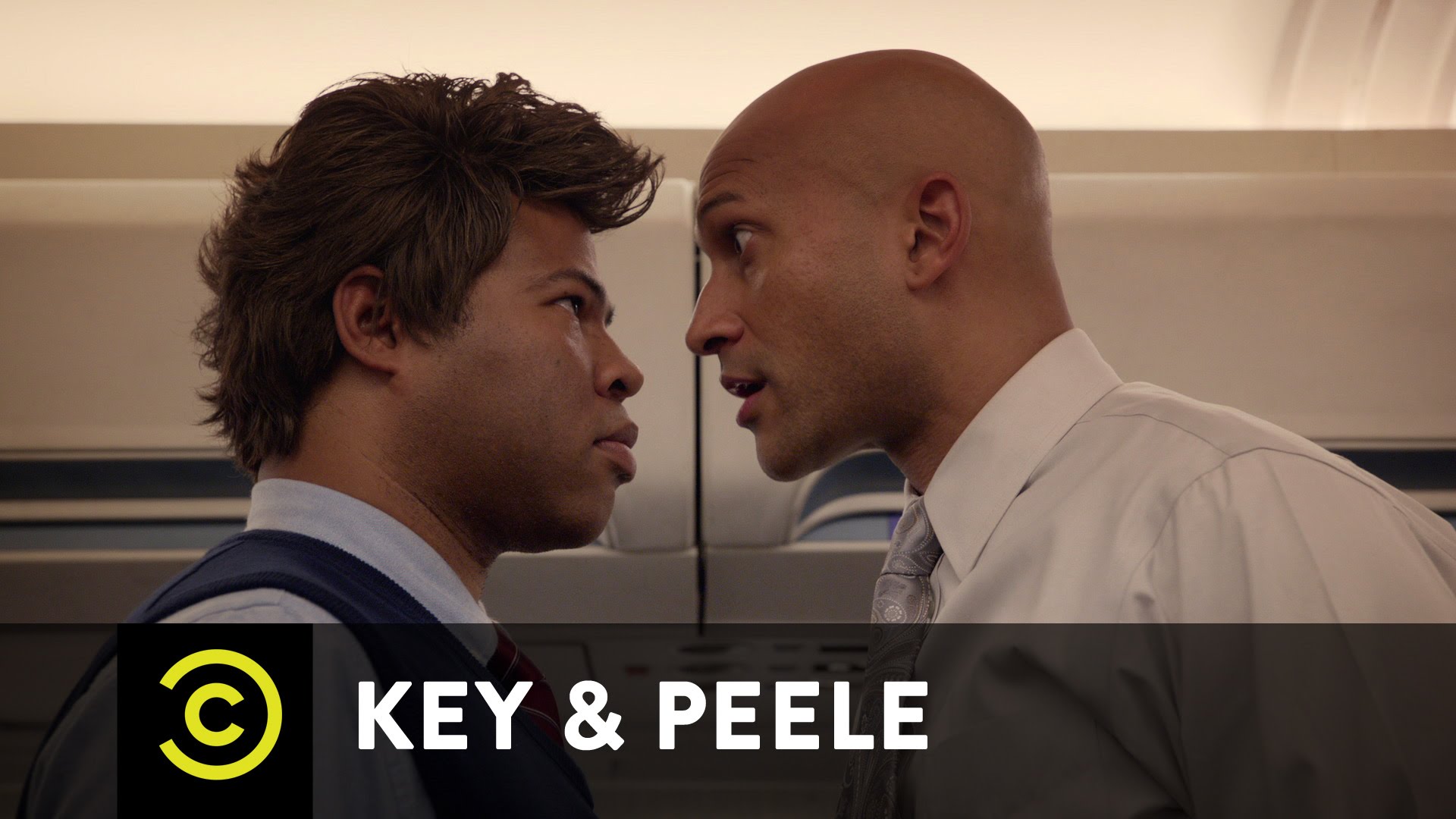 Key & Peele is an American sketch comedy show; sketches are short scenes that only last for a few minutes. Sketch shows feature multiple clips like this and are incredibly popular across the world. For example, you may be familiar with classics like Saturday Night Live or Monty Python’s Flying Circus, both of which feature ensemble casts and have found massive success on the worldwide stage.

In this particular video, Turbulence, the two main characters act out an outrageous scene while high in the skies. If you’ve ever traveled on a plane, you know the frustration that often accompanies air travel firsthand. Much of the hilarity of this particular clip comes from the sheer absurdity of the dialogue and of course, from how easy it is to relate.

Things quickly spin out of control, making for a truly sidesplitting exchange between the flight attendant and the passenger.

Don’t Worry: My Sunburn Will Turn Into a Tan 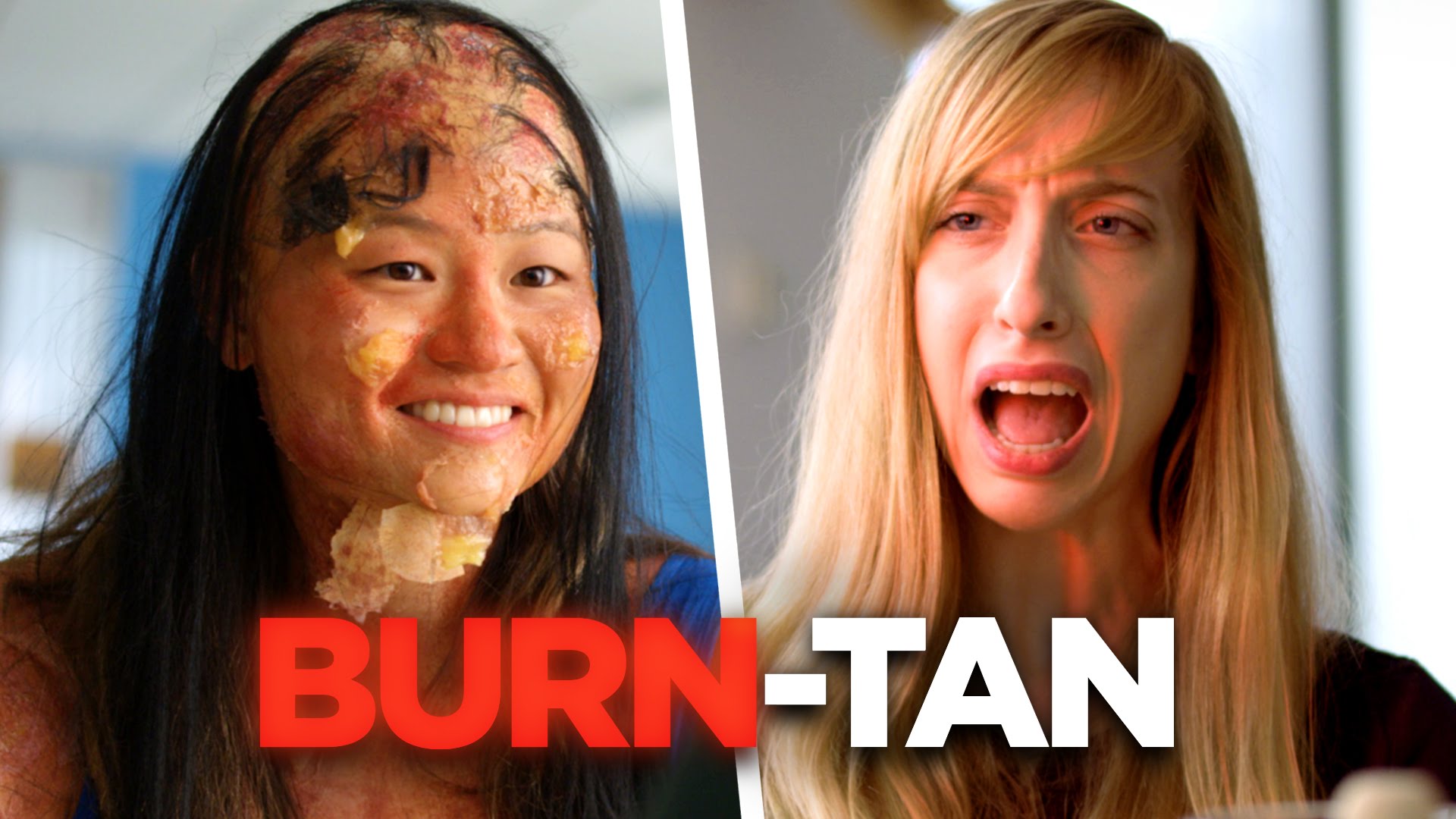 Ready for some gross-out humour?

Gross-out humour easily ranks as one of the most popular forms of comedy, though as the name suggests, it’s not everyone’s cup of tea. If you’ve got a taste for comedy on the edgy side, you’ll love this video genre. The grosser things get, the funnier they become.

Comedians and filmmakers attempt to make the most outlandish, over-the-top videos to catch the attention of viewers. This gross-out video from CollegeHumor is a parody of holidaymakers who can’t seem to keep themselves out of the sun.

Have you ever had a friend tell you that a bright red sunburn will fade into a tan? This clip pokes fun at that idea with a table of colleagues shrieking in horror after coming face-to-face with their sunburnt colleague. As the impact of her overexposure becomes apparent, the visual gags keep rolling. There are no two ways about it: you either love this sort of thing or you hate it.

Consider this fair warning: if you’re having something to eat, you might want to put the snack down before proceeding. 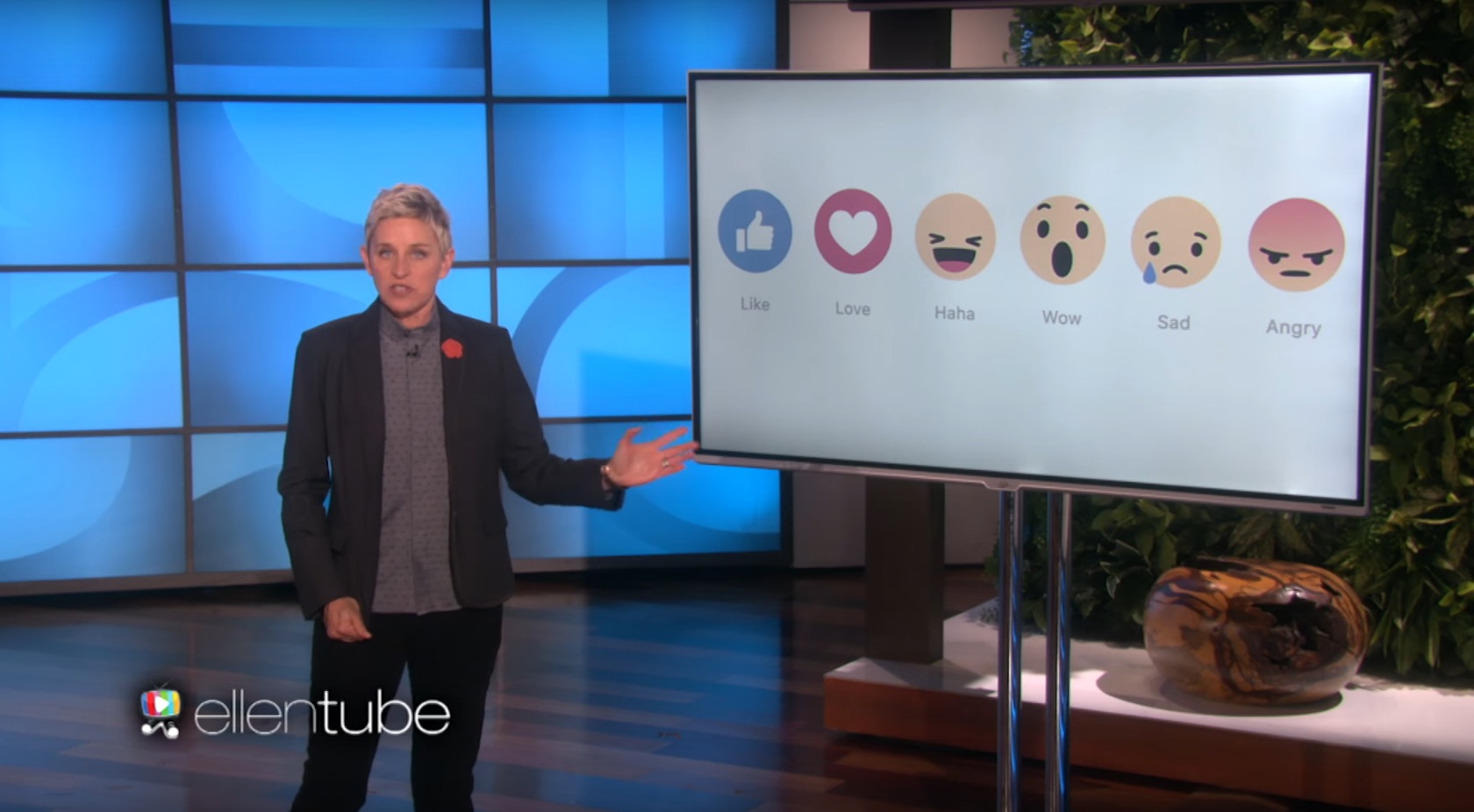 We’ve done it many times before, and we’ll no doubt do it again. When it comes to comedy, you can’t leave funny woman Ellen DeGeneres off the list. While many people know Ellen best for her eponymous talk show, the celebrity first rose to prominence as a stand-up comedian in the 1980s. All of these years later, she’s just as hilarious as ever.

While the daily Ellen DeGeneres show features a number of different comedy bits, the host sticks close to her roots and performs a monologue at the beginning of every show. Ellen is famous for her observational humour; in other words, she pokes fun at the silliness of everyday situations we all understand personally.

In this particular bit of stand-up from her show, Ellen shares a bit of advice for users of the most popular dating apps. She even ropes her audience into things by highlighting the dating profiles of some of the audience members!

Remember, if you simply can’t get enough Ellen, check out her channel in the Woodpecker app. You’ll find countless more comedy videos to learn English, along with interviews with celebrities and funny games the host often plays with her guests. 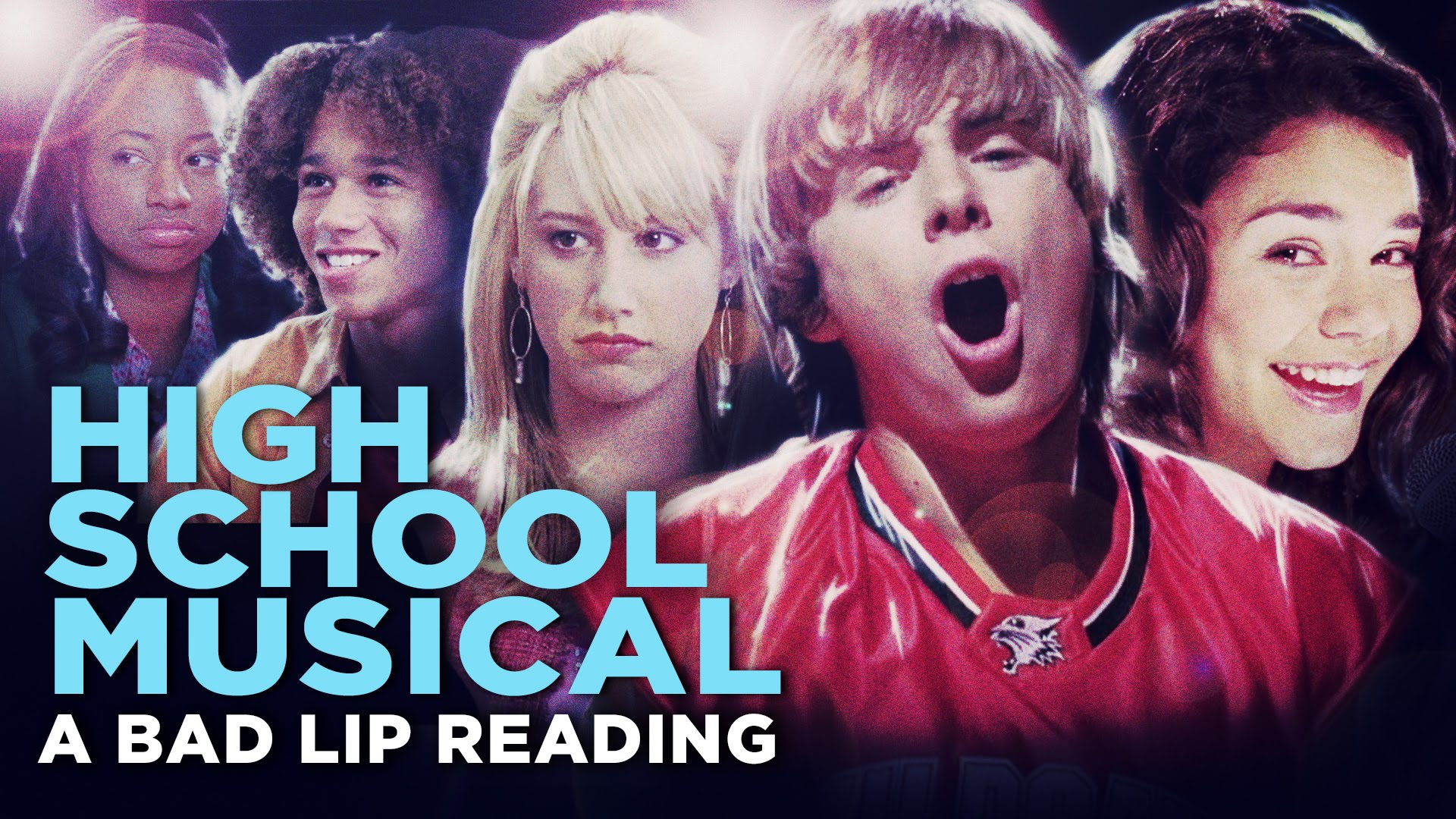 Check out this hilarious reimagined version of High School Musical.

As an English learner, you’ve no doubt found yourself in situations where you couldn’t quite understand what someone was saying to you. Have you ever tried to guess and come up with something totally inaccurate? After all, reading lips isn’t all that easy, right?

The team behind the A Bad Lip Reading channel on YouTube carefully reconstructs movie clips, trailers, and real life events with reimagined dialogue. (Remember the Trump inauguration lip reading video? Talk about comedy gold!) The resulting videos feature the original content with a totally new soundtrack. Many times the words and sentences are completely incoherent, which only adds to the hilarity of it all.

Of course, Disney movies like High School Musical already catch a lot of flack from critics who call them cheesy and overdramatic, but this bad lip reading version will have you laughing for a whole new reason. Watch as the characters say totally ridiculous things to one another and even sing and dance to reworked versions of the original songs from the movie. 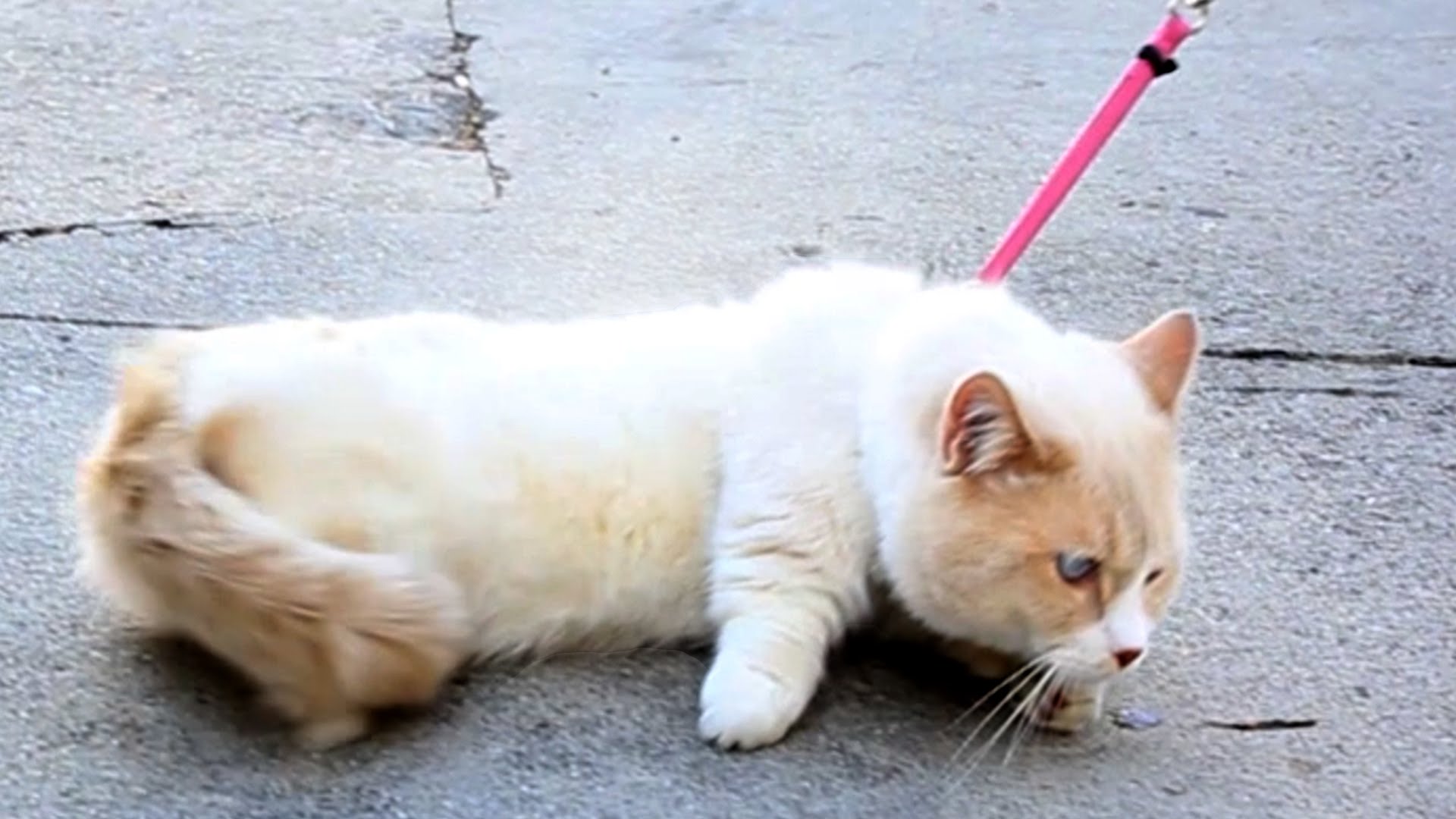 Think your cat would fancy a walk in the park?

When you think of taking an animal for a walk, your mind probably jumps to dogs immediately. Of course, some cat lovers swear their feline friends also enjoy a good romp on a leash outdoors.

In this BuzzFeed video, several staff members from the popular website give it a try for themselves. Armed with special leashes, the cat owners strap their kitties in and beg their pets to cooperate. As you might have guessed, many of the cats are none too pleased with this exercise.

Of course, watching cats grapple with the bizarre idea of a long walk outdoors is hilarious. For many of us, animals interacting with humans is the best kind of comedy. Who couldn’t love those adorable faces? 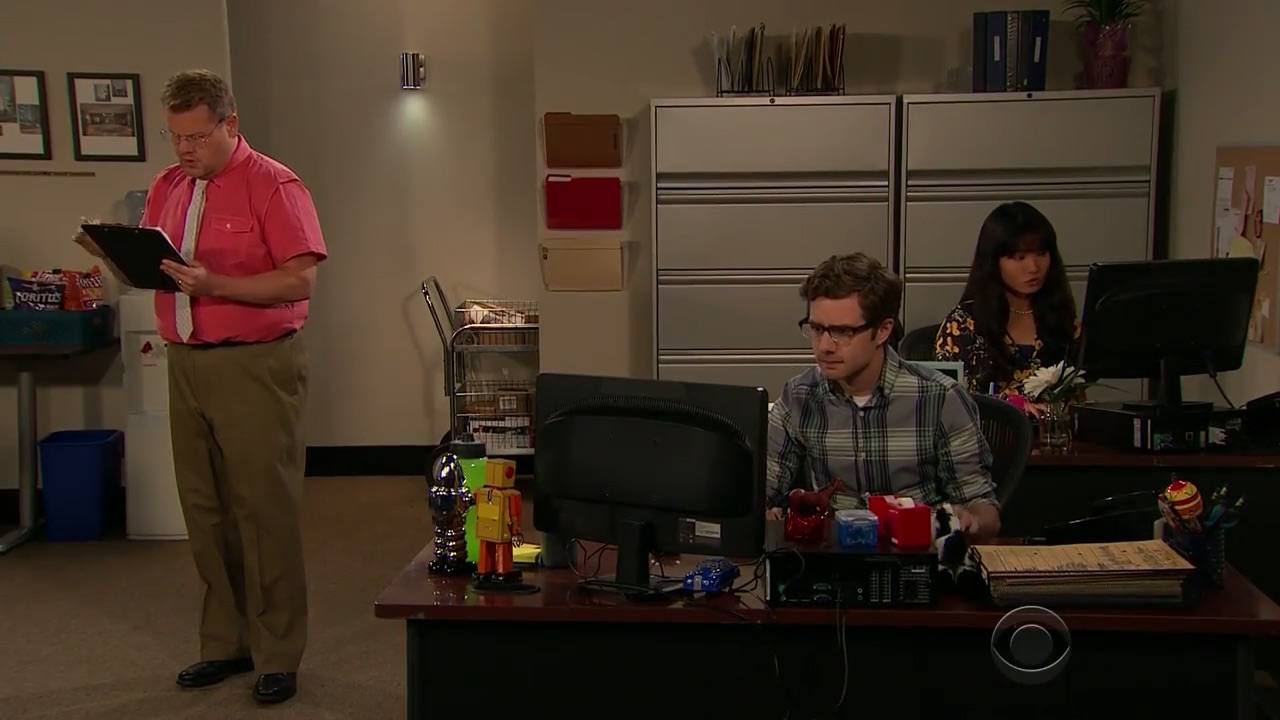 When it comes to talented talk show hosts, Ellen isn’t the only star on the planet. We’ve already seen British comedian James Corden sing and dance to his own version of Beauty and the Beast, and who could forget the time he met a bunch of wild animals on his show? His show keeps the laughs coming again and again.

It may come as no surprise that James Corden also does sketch comedy, as you will see in this outrageous clip. This silly moment shows James in the role of an IT helpdesk worker, coming to the rescue of those in his company with malfunctioning technology. The clip’s premise revolves around a silly play on words, with the phrase “turn it on.”

When things don’t go quite right, James calls in the backup in the form of his IT colleague, Orlando Bloom. Things only get sillier as the two work together to “fix” the broken computers. 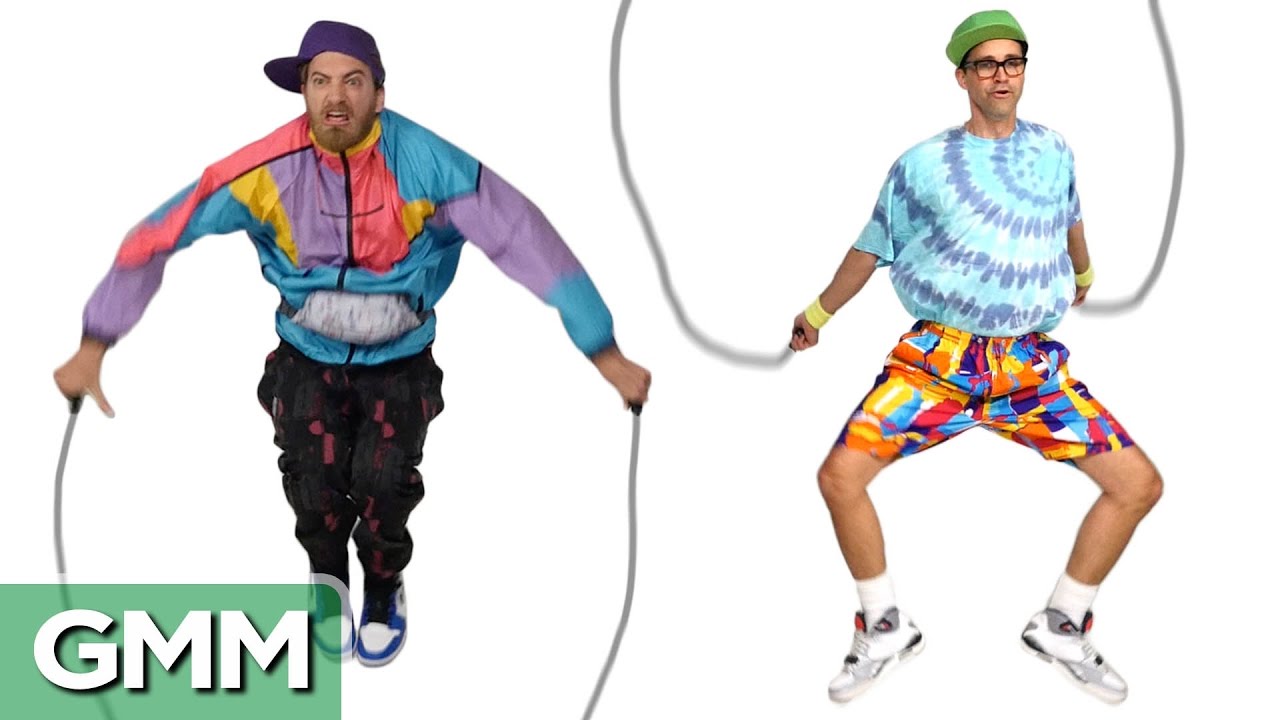 When it comes to comedy, of course, there’s something to be said for clever standup routines and thoughtful parodies. But hey, at the end of the day, watching people goof off and have fun doing it can also be great, right? If you manage to pick up a bit of new English knowledge in the process, even better.

Good Mythical Morning features two good friends who love to try random experiments and share a laugh in the process. Remember when they decided to swap bodies for a day? In this edition of the popular show, Rhett and Link are putting jump roping to the test.

Jumping rope isn’t one of the most popular sports out there, but it’s not wholly without its merits. In this silly clip featuring the hosts of Good Mythical Morning, the friends take on the extreme sport and attempt to perform a number of highly impressive tricks. Unfortunately, they aren’t quite as successful as they’d have liked, but hey, it’s the thought that counts, right? And if nothing else, their throwback outfits are worth a chuckle or two.

Comedy is a great unifier. No matter where you’re from or your unique background, it’s easy to share in the fun of comedy videos together.

What is your preferred type of comedy? Are you more of an intelligent thinker, or can you not get enough of the silly stuff? We’d love for you to share some of your top clips with us below.

Laugh your heart out with more videos from CollegeHumor and Comedy Central.